Boris Bikes app lets you book from your phone 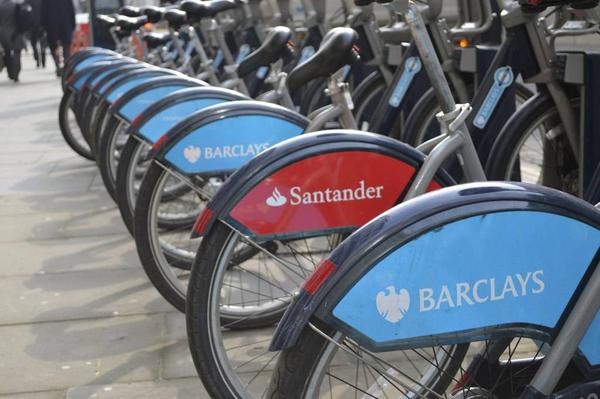 A new official app for London’s hire bikes, now sponsored by Santander, lets you take a bike without using the streetside touchscreen terminals.

The new Santander Cycles app, available for both iPhone and Android, is able to send a ‘bike release’ code straight to a user’s phone, which means they can hire a cycle without having to use the docking station terminal. The app also shows nearby docking stations and bike availability.

All customers need to do is register with their bank card, use the App to ‘hire now’ from a nearby docking station, and just tap the code into a docking point to release a bike for use.

At the end of the hire period, the phone will pop up a notification showing the cost of the journey, and confirming that the bike has been securely docked.

According to Mayor of London (and newly elected MP) Boris Johnson:

“The new Santander Cycles App will make finding and hiring a bike in our great Capital city even more of a doddle. The App is packed full of handy new features and is part and parcel of our plans to take the cycle hire scheme to the next level and encourage more people on to two wheels.”

The new red-and-white livery of Santander Cycles is already widespread across London and the transition is continuing at pace as docking stations and distribution vans are rebranded.