Your routes around London

From a thousand and one routes across London, we’ve picked a small number that will help you get across the city more easily – and showcase the varied provision for cyclists. Off-road paths, segregated lanes, canal towpaths and back-street cut-throughs are all valued tools in the London cyclist’s arsenal. Use our route-planner to find even more. 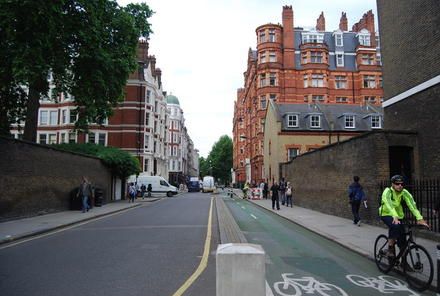 Most cyclists leap at the opportunity to avoid the Euston Road, the A road that marks the northern boundary of the Congestion Charge and as such is always busy. Fortunately, there are alternatives on quiet streets.

This westbound route runs parallel without too many turns to remember. It benefits from a few well-chosen cycle paths: the excellent track along Tavistock Place and Torrington Place, and the cut-throughs south of St Pancras. It’s a justly popular route, especially as it runs straight past several UCL buildings.

One-way streets mean that it doesn’t quite work in reverse, but this variation will get you safely from west to east.

Waterloo to Paddington via the parks 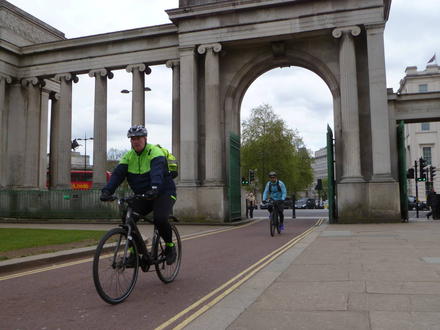 Cycling along the periphery of London’s Royal Parks can be a good way to avoid traffic. In this route from Waterloo to Paddington, crossing the Thames on Westminster Bridge is inevitably busy; but once you’ve got past Parliament Square, the cycling is quiet and easy.

It follows Horse Guards Road along the edge of St James’s Park, before continuing alongside the Mall and Constitution Hill at the edge of Green Park. Toucan crossings take you safely across Hyde Park Corner via the central island, and from there it’s a pleasant ride along the always-popular track past Speakers’ Corner.

Stratford to Holborn via the canals 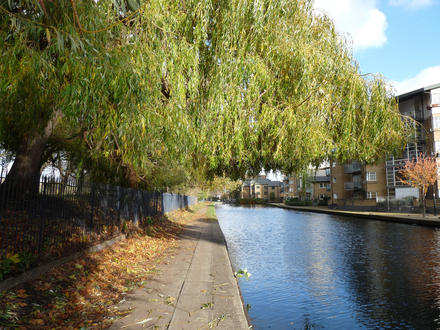 London doesn’t have many canals, but the Regent’s Canal and the River Lee network together provide invaluable traffic-free routes from the East. This one is particularly valuable as it avoids the notorious Bow Roundabout – yet it’s only a few hundred yards longer than the main road route.

The cycle lanes around the Westfield Centre in Stratford aren’t up to much, to be frank. But negotiate these and the northern edge of the Olympic Park, and you’ll drop down onto the Hertford Union Canal’s towpath, an arrow-straight waterway connecting the Lee and the Regent’s. (You can also cycle through Victoria Park, immediately adjacent, if you prefer.)

Follow the Regent’s Canal almost all the way to Islington Tunnel, leaving it at the Prince of Wales pub (just after the Narrowboat pub and City Road Basin). You can then follow residential roads into the city; our suggested route here continues to Holborn via Margery Street and a couple of bike-only cut-throughs.

Dalston to the City and Southwark 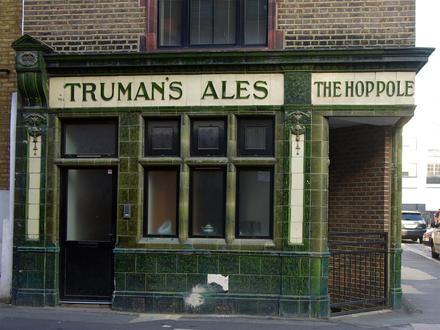 Hackney’s policy of closing through passage to cars, thereby creating more bike-friendly streets, creates this useful route to the City. It’s not all plain sailing, especially as you continue towards Liverpool Street, but it’s a good alternative to the Kingsland Road or the Old Street roundabout. It passes right through the heart of fashionable Hoxton and Shoreditch, and the Cyclelab Juice Bar is en route should you need a pick-me-up. 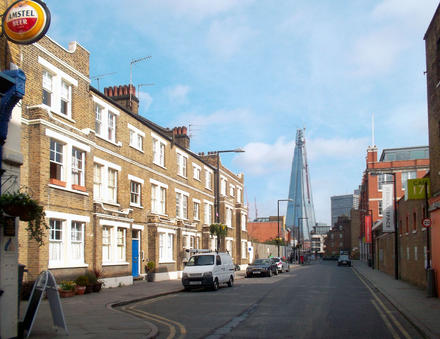 It would be lovely to be able to cycle along the riverside throughout London. But since the Thames frontage is all too often claimed by busy roads, it can sometimes be safer to venture ‘inland’. This route is a good demonstration of that.

National Cycle Network route 4 follows the Chelsea Embankment on a shared-use path before heading into Pimlico along Lupus Street. Take care when crossing Lambeth Bridge, and especially, at the junction by Lambeth North tube station. Once you’ve passed that, though, Baylis Road has reasonable cycle lanes, which lead into the traffic-calmed The Cut. The attractive, narrow Union Street takes you towards Borough and London Bridge. 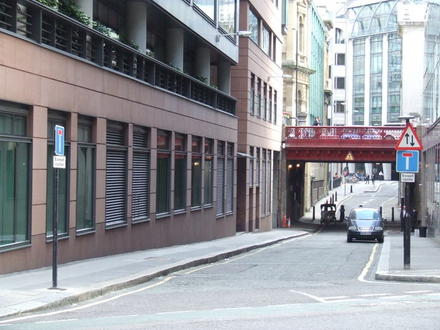 This is a classic example of a bike-only route that avoids a busy road. By piecing together narrow streets, blocked to motorists by judicious use of bollards, you can entirely avoid the Farringdon Road and reach King’s Cross from the City.

The key is Shoe Lane, a tiny street that passes under Holborn Viaduct without a sniff of traffic. Saffron Hill isn’t any wider, but together they do a very good job of delivering you onto the back streets of Farringdon. From here you can skirt around the frenzy of Kings Cross to come out opposite St Pancras Station.