Stratford to Holborn via the canals 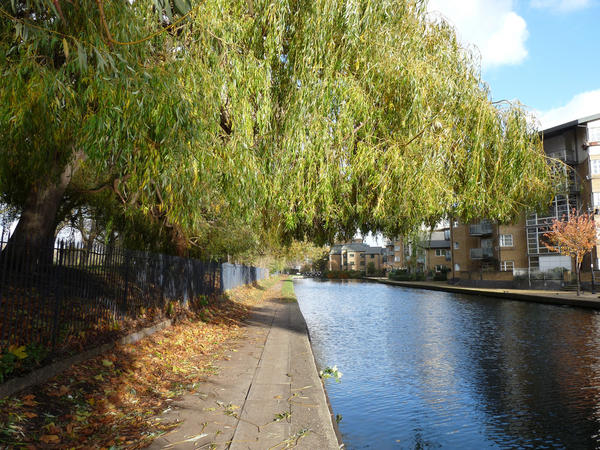 London doesn’t have many canals, but the Regent’s Canal and the River Lee network together provide invaluable traffic-free routes from the East. This one is particularly valuable as it avoids the notorious Bow Roundabout – yet it’s only a few hundred yards longer than the main road route.

The cycle lanes around the Westfield Centre in Stratford aren’t up to much, to be frank. But negotiate these and the northern edge of the Olympic Park, and you’ll drop down onto the Hertford Union Canal’s towpath, an arrow-straight waterway connecting the Lee and the Regent’s. (You can also cycle through Victoria Park, immediately adjacent, if you prefer.)

Follow the Regent’s Canal almost all the way to Islington Tunnel, leaving it at the Prince of Wales pub (just after the Narrowboat pub and City Road Basin). You can then follow residential roads into the city; our suggested route here continues to Holborn via Margery Street and a couple of bike-only cut-throughs.