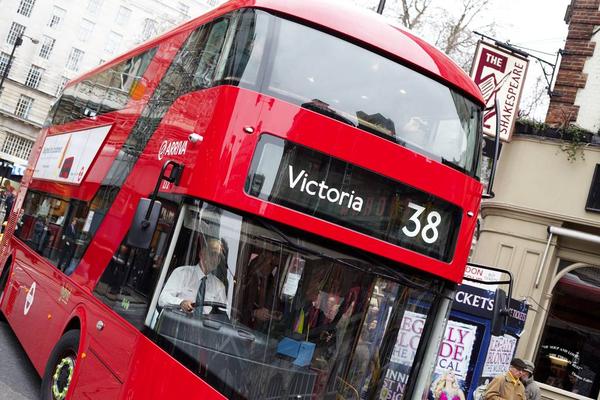 Cyclist-detecting radar equipment is to be trialled on London’s buses – and if it proves successful, it could be fitted to all 8,700 in the fleet.

Optical and radar-based detection software will be installed on a small number of buses this summer. Initial trials in August 2013 suggested that the technology, which directly alerts bus drivers to pedestrians and cyclists close to the vehicle, could have significant potential but that more research was needed.

Transport for London has pledged to reduce by 40% the number of people killed or seriously injured on London's roads by 2020. Pedestrians, cyclists and motorcyclists are top of the priority list. Today’s announcement was made as part of a new Pedestrian Safety Action Plan, published over three years after the Cycle Safety Action Plan was launched in 2010.

Another measure in the new pedestrian plan could benefit cyclists: TfL is calling for a comprehensive database of speed limits to be added to satnavs – which could help cut speed in 20mph areas.

Mayor of London, Boris Johnson, said: “Although things are moving in the right direction, there is still much to be done. We are working hard to deliver innovative measures – such as these groundbreaking bus technology trials – to ensure that we make our roads as safe as possible for everyone.”

Previous story: Could Yorkshire get its own Two Tunnels?
Next story: £5m of cycling improvements to trunk roads