Could Yorkshire get its own Two Tunnels? 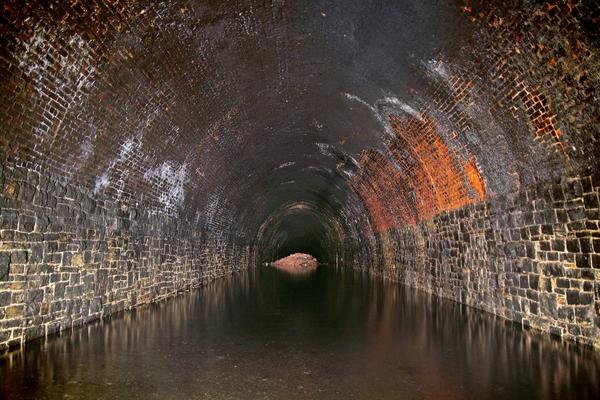 The Two Tunnels path, burrowing under the hillside south of Bath, has become one of the National Cycle Network’s greatest successes since opening last year.

Now the people of West Yorkshire are looking to emulate the project by reopening the disused Queensbury Tunnel, between Halifax and Bradford, for cycle and pedestrian use.

The tunnel is buried 100m under the village of Queensbury, just west of Bradford. The old railway to the north has already been converted into a cycleway, the Great Northern Railway Trail, but the tunnel has long been viewed as an engineering step too far.

However, the Highways Agency – which inherited disused railway structures from the remnants of British Rail last year – is now planning to spend up to £5m infilling the tunnel, so that it doesn’t suddenly collapse and bring the village down with it. Local residents, Sustrans and councils think that this is an ideal opportunity for the tunnel to be provided with cycle access.

Local campaigners say that time is short if the tunnel is to be saved:

“A path through it would become a honeypot attraction – as evidenced by the Two Tunnels scheme in Bath – bringing visitors to the area from far afield. But the door to this opportunity will not be open for long. By the autumn of 2014, HAHRE will have to decide on the design for its remedial works. There is a strongly held view locally that, in the current age of austerity, the taxpayer ought to derive some benefit from the multi-million pound works in the tunnel.”

One suggestion is that the tunnel could be reinforced with ‘concrete sleeves’, which would prevent it from collapsing but preserve access for cyclists and walkers. The Highways Agency is already planning to install a pump to remove the deep water from the famously wet tunnel, and to carry out a survey before this autumn.

But as campaigner Norah McWilliam points out, “We’re not asking the Highways Agency to build the cycle route - just to keep the option open.”

Meanwhile, Sustrans is talking to landowners at the southern end of the tunnel, to see if an access route could be negotiated if the tunnel reopened.

You can find out more about the tunnel campaign at their website, and sign an e-petition to the Department for Transport.