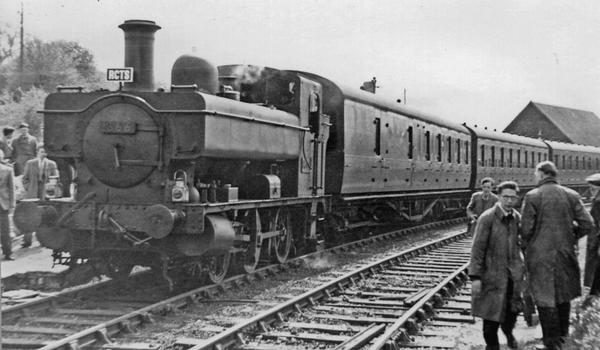 Swindon cyclists are campaigning for an old railway to become a cycleway to the nearby town of Highworth.

Highworth has a population of 8,000 and is just four miles from the edge of Swindon, but there is no safe cycle route between the two. Instead, bike commuters must brave the busy and narrow A361 in the rush-hour, with long queues regularly forming.

The ‘Missing Link’ campaign has now been formed to fight for a cycleway along the old railway trackbed. The line closed over 50 years ago, and its course has since been sold off to neighbouring landowners. However, the campaign says this is by far their preferred route:

“This would provide a pleasant ride or walk away from the noise and fumes of the traffic-filled A361. The route would be slightly longer than the A361 route, but given that the climbs would be gentler, we believe there would be little time difference for the average cyclist.”

They have begun to contact landowners in search of agreement, though have reported resistance from some. Still, the Missing Link campaign has already received backing from local MP Justin Tomlinson, who said:

“Swindon and Highworth are so close to one another, yet cycling between them is extremely difficult and I know this is frustrating to many local residents. A cycle route would be a fantastic boost to both Highworth and Swindon, providing a vital link between our two communities.”

Meanwhile, Pam Adams, Mayor of Highworth, called for the path as an end to “risking life and limb by riding along the A361”.

Previous story: Get your kicks on Bike Route 66
Next story: Towpath upgrade for Ellesmere Port

Cricklade Road has wider verges and less on it, doesn't it? Could it be a quicker/cheaper option to build a cycleway there, drop the speed limit through Stanton and build a little bit on the wide A361 verge to connect to the new cycleway at South Marston Park?