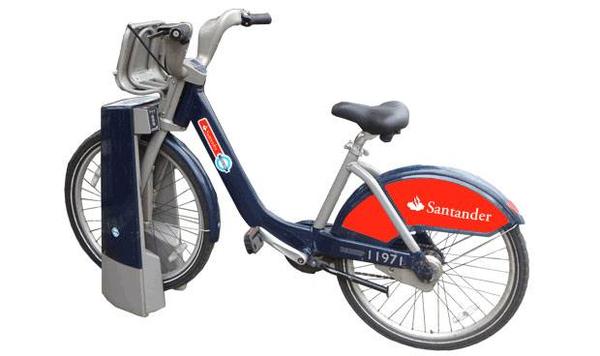 You and I may call them ‘Boris Bikes’, but London’s cycle hire scheme has officially been known as ‘Barclays Cycle Hire’.

Barclays signalled last year that it didn’t want to renew the sponsorship contract – and now another bank, Santander, has been confirmed as the new sponsor. Santander was rumoured to be the front-runner last June, but had to beat competition from another red-themed company, Coca-Cola.

The deal is expected to bring in £6.2m a year, up from the current £5m paid by Barclays, but still a shortfall from the income forecast by Mayor Boris Johnson when the scheme was first launched.

The Green Party has called for the money to be used for a root-and-branch review of the scheme, including the potential for Oyster integration.