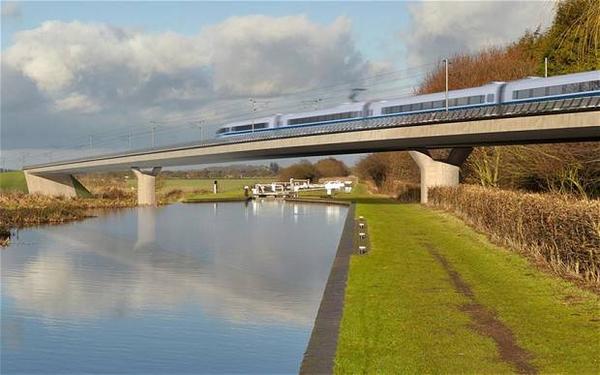 cycle.travel has obtained details of the new National Cycleway being planned beside the HS2 railway, from London to Birmingham and the North.

The Dutch consultancy firm drawing up the proposals has promised “world class standards, building on existing best practices including the Dutch Standards”. And with HS2 calling at many of Britain’s large cities, they say city cycling could particularly benefit.

The route will not be directly beside the railway, but is being developed as a separate “though parallel” project. But the designers aim to stay within 3 miles of HS2 where possible.

If HS2 is not a certainty, this cycleway is even less so. No funding has yet been earmarked, and the Government will not receive the report until this autumn – at which point it could be buried in pre-election politics.

But with talk of for a “world class route”, it has the potential to be Britain’s biggest cycling project yet. There’s certainly no shortage of ambition. The route aims to cater for every kind of journey: “the short everyday trip within a local community, the trip to school, or station, or shops, or work, everyday casual recreation, local cycling trips for leisure, to connect people with their surrounding countryside and longer touring trips.” 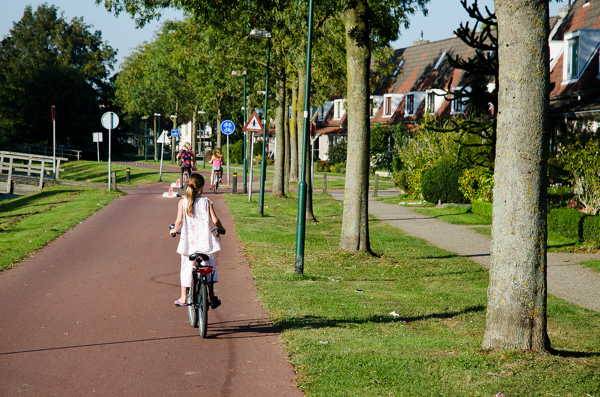 Starting at Euston, HS2 heads out through West London to the Chilterns. Its ‘arms’ will then run to Birmingham, Manchester, Sheffield and Leeds, plus an intermediate station between Derby and Nottingham.

But the HS2 cycleway could call in at more towns along the way, either by diverting the main route, or by providing ‘spurs’. Chesterfield, Mansfield, Stoke-on-Trent and even little Buckingham have all been suggested as towns which could be included.

Royal Haskoning DHV, the Dutch firm working on the project, plans “a really high quality urban route including all the best practices of redefining road space, revising markings, giving priority to pedestrians and cyclists and so forth”. Where possible, the cycleway will link with other local routes, such as London’s proposed Quietways and Cycle Superhighways.

The designers have also suggested that it could help to push existing cycle projects forwards – in London, for example, “better access for cycling through parks and between major stations such as Paddington to Euston”. 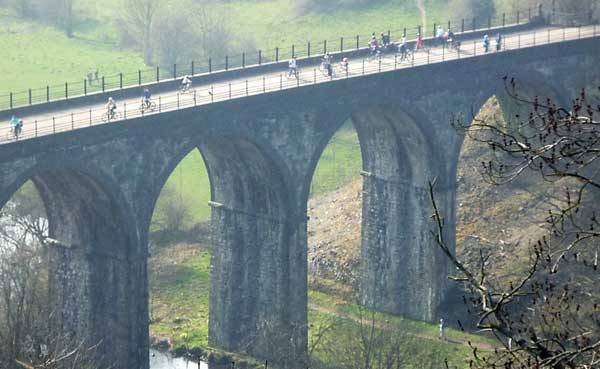 Most of HS2, however, will run through the countryside – as the controversy over its route through the Chilterns shows. In these areas, the new cycleway is more likely to follow minor roads (with traffic calming) and trails rather than new construction.

But the designers think that the new route could tempt many rural residents onto their bikes. “By linking smaller villages to towns, [locals] could, for the first time, cycle on safe, attractive, traffic segregated and continuous routes. These would also provide better recreational routes.”

One particular area of focus is the Peak District. Though the two arms of HS2 go either side of the Peak District – one to Manchester, one to Leeds – the National Park authority is keen to attract more tourists without cars. Several new traffic-free routes are already being built in the area, and the HS2 cycleway is keen to link up with them – providing through-routes from Stoke, Sheffield, Derby and Manchester.

What sort of route?

As might be expected from consultants based in the Netherlands, the inspiration for the HS2 cycleway is firmly Dutch:

“Our brief is to define ‘world class standards’ which we anticipate will entail building on existing best practices including the Dutch Standards, as set out in their CROW design guides, so as to create a route of the highest quality and one likely to be as popular as possible, successfully persuading the UK public currently not cycling and international tourists visiting England that cycling is a viable option.

“In some cases, this may involve introducing standards and practices not yet common in the UK. The Department for Transport wishes this to demonstrate best practice for future cycle infrastructure design, where cycling can be mainstreamed as a form of mass transit in cities, and as a viable form of access to rural areas from railheads.”

Though Royal Haskoning hope to reuse existing roads and greenways where possible – “if adequate segregation or traffic calming could be put in place to attract non cyclists” – they recognise some land purchase will inevitably be required to build a high-quality route.

When will it happen?

The HS2 railway is a a long-term project. Construction isn’t due to start until 2017, and the first trains will reach Birmingham in 2026. Leeds and Manchester will have to wait to 2033.

The cycleway is being constructed separately, but no timeline has yet been announced. Royal Haskoning intend to submit their outline report to the Department for Transport this autumn. If the Government approves, more detailed studies can then take place on the exact route. Meanwhile, workshops are being held to gather ideas and “aspirations” from local councils and cycling groups.

For cycling campaigners, the challenge is to make sure that the vision of a “world class route” is maintained – and not diluted to keep costs down.

Previous story: Cycle to Dawlish: new route on the Devon Coast
Next story: Space For Cycling to go national in April