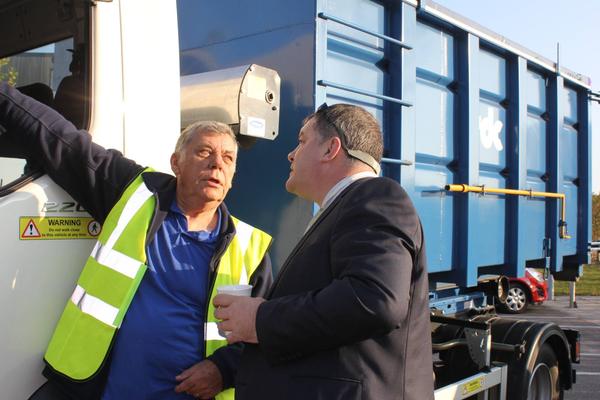 Cambridge University is taking a stand by requiring HGVs to be fitted with bike safety features – the first organisation outside London to do so.

The University is planning extensive development around the city in the next few years, and anticipates heavy construction traffic as a result. It has asked all its contractors to sign up to a new Cambridge Construction Logistics and Cycle Safety initiative, along the lines of the scheme operated by Transport for London. Among the requirements are:

The initiative will run as a voluntary scheme for one year. From then on, it will become compulsory in new contracts – with penalties for non-compliance.

Ravinder Dhillon, Head of Estate Development at the university, said:

“We saw what was happening in London and, as many of our staff cycle to work, the benefits were obvious to us. With almost £2 billion of construction work planned by the University in the next five to ten years, the issue of how HGVs interact with pedestrians and cyclists is of growing importance. The city will become one of the biggest construction hubs in the UK outside of London. We want our construction contractors to know what we want and what we expect.

“We are delighted the contractors have reacted so positively to this and we will monitor its progress over the next year in the lead up to it becoming a compulsory scheme with sanctions.”

Current large university developments city include the West Cambridge site, North West Cambridge and the Cambridge Biomedical Campus. With many of the same contractors working on university and non-university projects, it is hoped that the scheme will help to improve standards in other works taking place around the city.