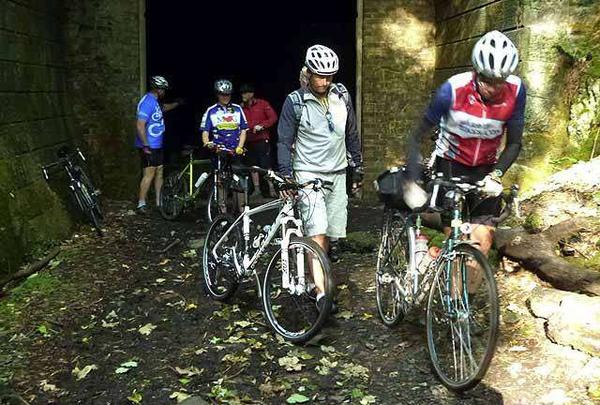 Scotland’s own Coast-to-Coast cycle route has moved a step closer, with the thumbs-up for a railway path to bypass a dangerous stretch of road.

The path, west of Peebles, will pass through a disused tunnel and over a historic viaduct to avoid the busy A72 road. The railway east of the town has already been converted into a cycle path by the Upper Tweed Railway Paths group, which is also promoting this latest section. When completed, the path will link with quiet roads at either end.

In particular, it will form part of the new ‘Scottish C2C’, a 111-mile route from the Solway Firth to Edinburgh devised by Sustrans founder John Grimshaw and experienced bike route surveyor David Gray. They describe the proposed new path as “the most valuable section of all because it bypasses the winding main road, on which a cyclist was killed in 2006”.

At a planning meeting on Monday, local councillors approved the scheme to create a cycleway between Peebles and Lyne Station, where the route will pass onto minor roads. According to the Southern Reporter, planning officer Derek Inglis noted:

“This is a good news story. The A72 for cyclists, particularly west of Peebles, is treacherous.”

Neidpath Tunnel and Viaduct will form the centrepiece of the new route. The tunnel has already been surveyed by local cyclists (pictured) but will require a bat licence before it can be opened to the public.

Future work is likely to focus on providing an alternative to the next section of road going south, the B712.