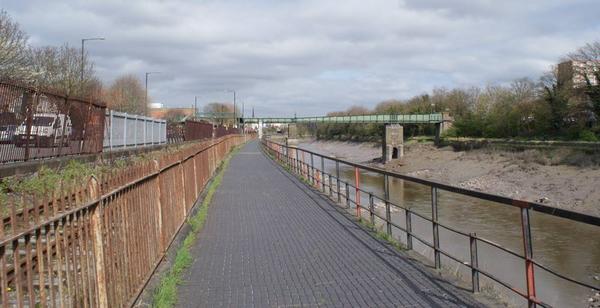 The ‘Chocolate Path’, the cycle path that runs besides the tidal River Avon on the south side of Spike Island, has been closed due to subsidence.

Bristol City Council says that “significant ground movements” have made the popular path too unsafe for public use. Fences have been erected at either end of the route to block access. Sustrans’ local manager Jon Usher called it a “significant failure of the path”, and went on to explain “the surface rose by about 300mm over a 2m length between 3pm and 5pm yesterday leaving a void beneath”. The path forms part of NCN 33, the Festival Way.

Engineers are now on site looking at the problem.