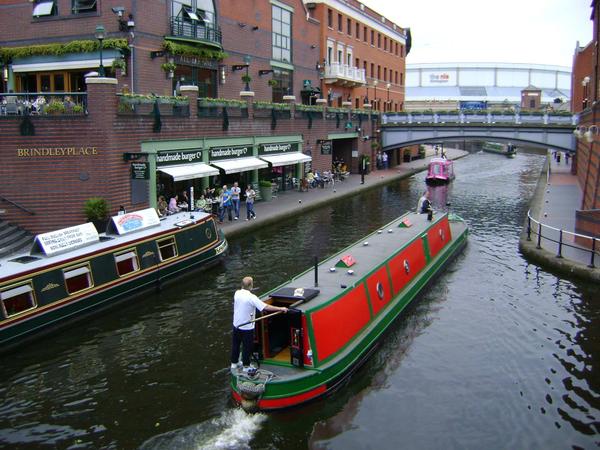 But to describe the route as revolutionary is perhaps a bit of a stretch – as it’s simply a 1.5-mile section of upgraded canal towpath. The opening has been scheduled to be ready for National Bike Week, which begins on Saturday.

The Canal & River Trust has been resurfacing the towpath from the National Indoor Arena, in the centre of Birmingham, out to Winson Green. The route is along the New Main Line canal, an arrow-straight route designed by Thomas Telford in the 19th century. Though the towpath in the central area was good quality already, the route further towards Winson Green could be puddly and bumpy.

Several other parts of Birmingham’s 100-mile canal network are to receive towpath upgrades as part of the Government-funded scheme, including routes out towards Selly Oak in the south and Aston in the north. Consultation is also underway on other parts of the Cycle Revolution network; a new section in Bordesley Green was announced this week.