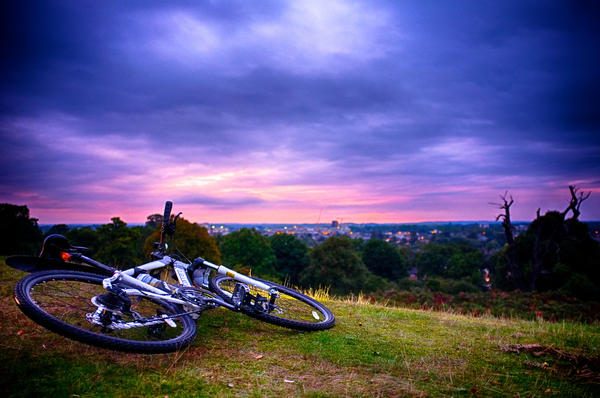 You’re unlikely to see any Wombles on Wimbledon Common, but you won’t see any cars either. Add next-door Richmond Park, which has a good network of cyclable paths, and you have some of the finest off-road cycling in London.

There are many possible circuits, of which the one mapped here is our favourite. It takes in much of the Tamsin Trail, the circular route around Richmond Park. But it also heads across the road to Wimbledon Common, and returns via the leafy, well-to-do Putney Park Lane – unmissable in the autumn months. There are three cafés en route, and the circuit can easily be truncated if your family’s limbs are tiring.

By train, you can take the South West Trains service from Waterloo to Barnes. Or if you want to do the whole journey by bike, just follow National Cycle Network route 4 west from the South Bank.