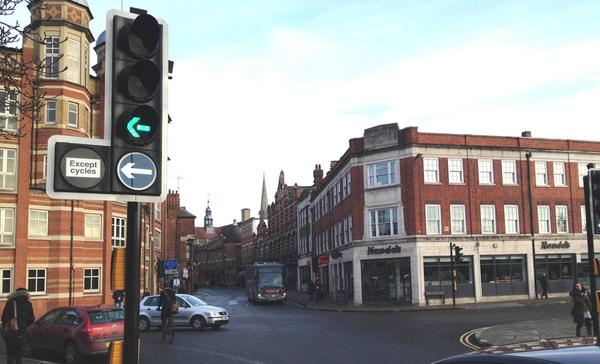 A new layout for a busy Oxford junction has caused an upsurge in accidents – to an outcry from local cyclists.

The busy junction between Worcester Street, Hythe Bridge Street, and George Street is on the main route between western Oxford (including the railway station) and the city centre. Previously, only cyclists could turn between all four arms: a central barrier prevented other traffic from turning.

Now the barrier has been removed – and cyclists going across are left to fend for themselves in the tarmac expanse while traffic flows around them. Although the junction is light-controlled, all the phases put straight-on cyclists in conflict with turning motor traffic.

Oxfordshire County Council transport supremo David Nimmo-Smith replied that the new layout “reduces traffic in Hythe Bridge Street and helps the whole system flow more smoothly. However, we have looked closely at how the junction is working for cyclists, and decided to make some minor changes which should make a big difference”.

The changes are understood to amount to a small painted ‘storage area’ in the middle of the junction, where cyclists can wait for traffic to clear: 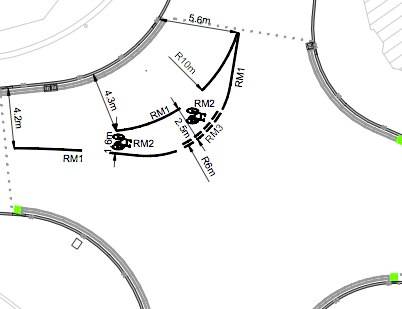 Oxford cycle campaign Cyclox says it has already recorded several accidents at the junction. On a visit earlier this week (pictured) we observed the danger first-hand. Those cyclists choosing to cross the junction were left isolated as double-decker buses and lorries passed on either side, while others appeared to have already given up on the layout and decided to wheel their bikes across the pelican crossings.