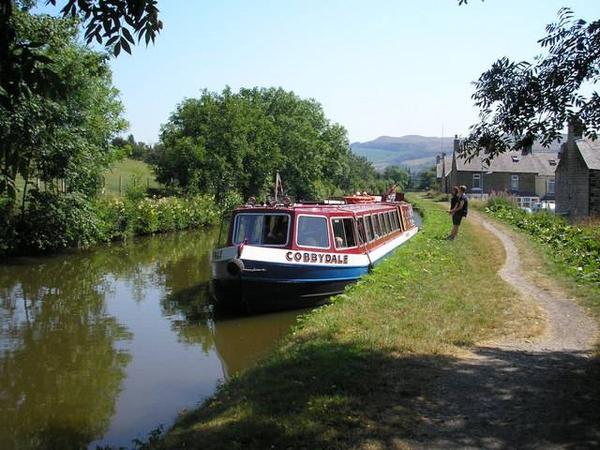 Five National Parks are to share in a pot of £2.7m to develop new cycle routes.

The second tranche of funds follows an £12m award in 2013, although several of those schemes later ran into trouble. This time, Dartmoor, the Yorkshire Dales, the South Downs, the Peak District and the Norfolk Broads are to benefit from the cash.

£450,000 will pay for “a new cycle gateway to the Yorkshire Dales National Park” – a fancy way of describing £2.5m of towpath resurfacing and upgrades around Skipton on the Leeds & Liverpool Canal. The canal is already popular with cyclists around Leeds and Bradford, but in the Skipton area (pictured) it is notorious for its rough surface.

£675,000 will go towards five schemes including additional routes, on-trail improvements and improved links to nearby areas.

£430,000 to create a new short cycle link providing access from North West Matlock to the Monsal Trail. The trail, which follows the former railway line between the East Midlands and Manchester, has proved popular since its recent extension, but currently peters out a short way south of Bakewell. Derbyshire County Council is already working on the extension to Matlock, which will follow the existing footpath next to the Peak Rail preserved railway. In most places it will be 3m wide and surfaced with stone.

£715,000 to construct a shared cycleway and footway between Wroxham/Hoveton and Horning. At present, a busy, narrow A-road is the only option for cycling between the two popular Broadland villages.

Conspicuous by its absence is the New Forest National Park, which has recently called for restrictions to be imposed on cycle events staged in the area. The New Forest authority was forced to hand back £1.6m of funding after the Department for Transport concluded its plans would not provide sufficient benefit for cyclists.