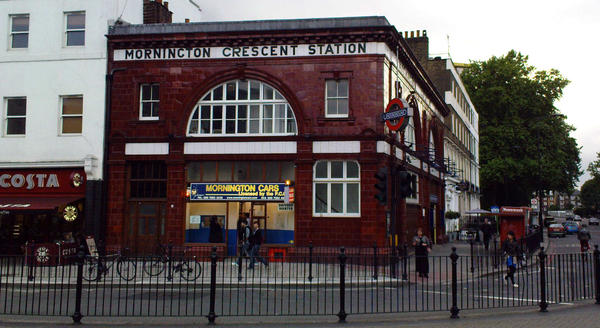 Cobden Junction in Camden, next to the famous Mornington Crescent tube station, is to become perhaps the first “cycle-proofed” junction in Britain.

A new layout will mean that, for the first time, cars will never need to turn across bikes, or vice versa. Instead, the road design and traffic lights will prevent cars turning left from crossing cyclists’ paths.

This is designed to eliminate ‘left hooks’, blamed for several deaths in London in recent years. As Camden Cyclists explain:

The result is this layout: 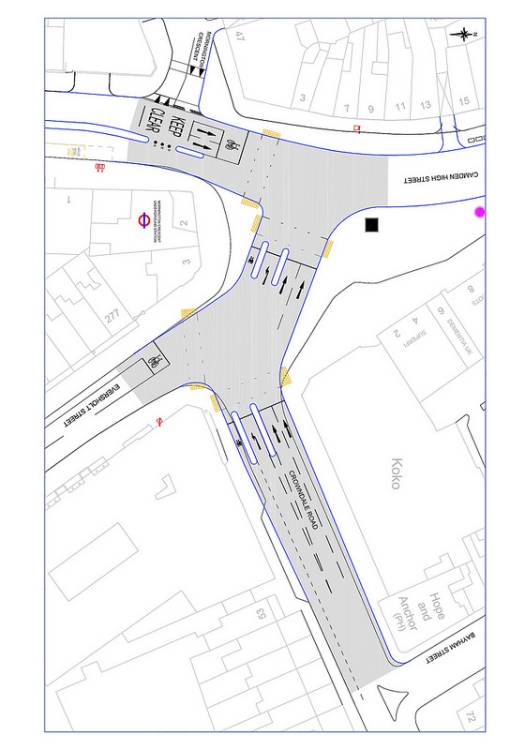 The proposals were endorsed by Camden Council’s officers, and adopted by councillors last night. Though local cyclists didn’t get all that they wanted – a proposal for a contraflow cycle lane on Crowndale Road, one of the approaches, was rejected due to fears of delaying buses – Jean Dollimore of Camden Cyclists said they were “very pleased” with the overall outcome.

The junction marks a victory for ‘cyclist power’, with the Camden officers’ report highlighting the large number of objections received to their original plans:

“A number of emails were received from cycle bloggers indicating concerns that the [original] scheme would make the junction unsafe and unattractive for cyclists. The emails generally requested the proposals be amended to provide a more cycle friendly design that removed conflicts between cyclists and left turning traffic. The cycle bloggers also requested that the west to east contraflow link be reconsidered to help make cycling more attractive and safe. In addition, a total of 62 responses were received from people outside of the consultation area who highlighted concerns and dissatisfaction with the cycle facilities proposed.”

Work will start on the £1.3m scheme in July, and be completed by next March.