“Let us cycle through Thames tunnels” 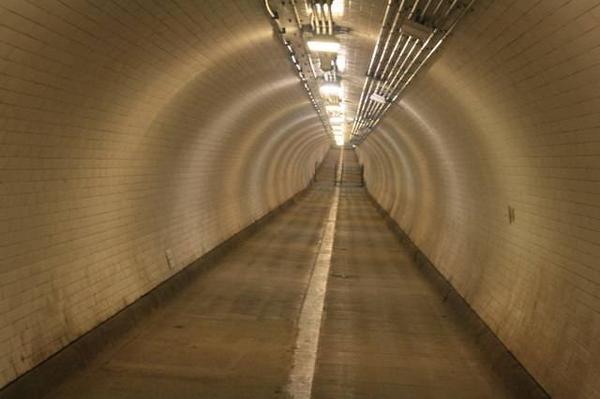 A survey by Friends of the Greenwich and Woolwich Foot Tunnels has revealed wide support for allowing cycling through the two tunnels.

Already, some 50% of tunnel users are cyclists, most of them pushing their bikes. But many cyclists ignore the (largely unpoliced) ban, seeing the tunnels as a safer, faster route across the Thames than the busy road bridges to the west.

However, despite the results of the survey, the Friends say they are not in favour of allowing cycling:

“In our view the tunnels are not suitable for shared use, at least during the daytime when there are large numbers of pedestrians moving through them, including small children and disabled people. In the case of the Greenwich tunnel at least, Fogwoft’s policy is reinforced by the London Cycling Design Standards, which define such things as minimum widths for shared-use paths. The Greenwich foot tunnel is simply too narrow for shared use.”

They do admit, however, that allowing cycling overnight may be possible.

Only 277 votes were cast, which the Friends describe as a “depressingly small” number. They say they will now follow up the opinion poll results with their own recommendations to the Royal Borough of Greenwich.