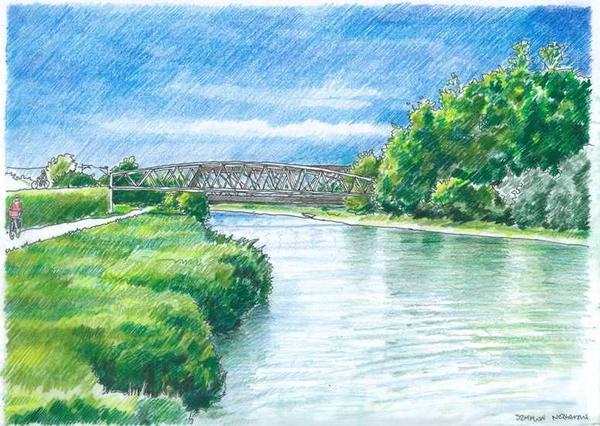 A new cycle bridge over the River Cam could save cyclists a mile-long detour – and form part of a new north-south route.

Cambridgeshire County Council is proposing a £4m bridge to link Abbey and Chesterton, to be built near the existing railway crossing. As well as providing an invaluable local route, it would provide the ‘missing link’ in the proposed Chisholm Trail, which would connect the Science Park to the railway station.

The council has now launched a public consultation on the bridge, asking whether:

The route will link to a new railway station being built to serve the Science Park and north Cambridge. Local councillor Ian Manning explained that it would help to alleviate parking problems.

“We need to make it as easy as possible to get from A to B in Cambridge, without having to rely on private cars. This new bridge will provide a vital link from the Newmarket Road area to the new station, and crucially will lessen the chances of East Chesterton being clogged up with commuter parking.”

The £4m cost will be covered by developer contributions, regional funding and possibly monies from the Cambridge City Deal. The County Council aims to have the new bridge in place by 2017.

The consultation is open until 28th July and you can find out more on the Cambridgeshire County Council website.

Previous story: Coming soon: the Irish coast-to-coast route
Next story: Oh, I do like to ride beside the seaside