Oh, I do like to ride beside the seaside 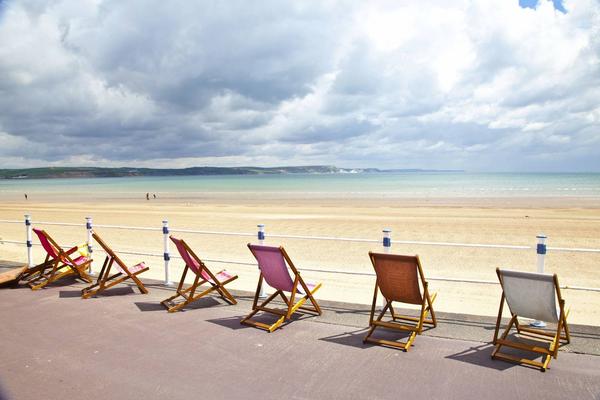 Cyclists in Weymouth are hoping to be the latest to overturn a promenade cycling ban.

Recent months have seen bike bans overturned on Seaford and Llandudno’s seafronts. Now this success has inspired a similar campaign by the cyclists of Weymouth and Portland – which shares a name with the US city, but not yet the bike-friendly attitude.

The campaign is being spearheaded by the local Weyforward initiative, which aims to shed the Dorset town’s reputation as “a graveyard of ambition”. Local cyclist Jason West has set up a petition, explaining:

“Someone somewhere has confused pedalling (cycling) with peddling (hawking, street selling). The result is that the cycling community of Weymouth & Portland, and all of the healthy cycling tourists we welcome, are banned from riding their bikes on the seafront by an ancient and misread byelaw!

“We think a sensible solution allowing both cyclists and pedestrians to co-exist in a safe way can be explored and found – such as exists in Bournemouth and most other seaside towns in the UK, as well as canals.”

The ban was last debated by councillors in 2008, but this time it looks like cyclists might have the council on their side. Christine James, in charge of transport at Weymouth & Portland Borough Council, told the Dorset Echo:

“I have always questioned as to why we can’t get cycling on the seafront. It does need to be debated again. The byelaw is ridiculous – once it has reached 600 signatures they can present it to me and it will be debated by the council again.”

Cycling along the seafront

Rules on cycling along the seafront during quiet times in the summer have been relaxed. Under the previous orders, cycling was banned at all times on the seafront all year round. This means that people will be able to enjoy cycling along the whole of the Esplanade until 10am and after 5.30pm annually from Good Friday 2019 to 31 October. Right of way will remain with pedestrians.