Dutch-style lanes get thumbs-up in Cambridge 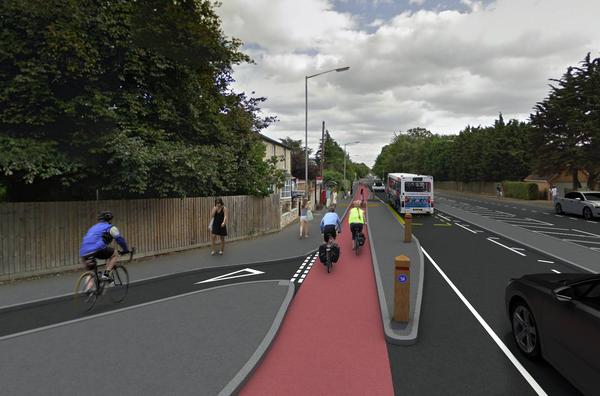 Cambridge is set to be the next city to get Dutch-style segregated cycle lanes, now that a public consultation has shown widespread support for the scheme.

Over 70% of people responding to the consultation backed the plans – despite controversy over a new bus-stop design proposed as part of the plans. If Cambridgeshire County Council signs off on the design later this month, the new cycleways should be open in April 2015.

The protected lanes on Huntingdon Road and Hills Road will have ‘floating bus-stops’, where pedestrians cross the cycle track to board the bus. Although criticised by the local bus company Stagecoach Cambridgeshire, they were widely supported by cyclists who welcomed the continuity of the cycle path. 60% of respondents supported the bus-stop design on Huntingdon Road, and 58% on Hills Road. However, when only the views of those living in neighbouring streets were taken into account, the results were more evenly split.

Cambridgeshire County Council says it intends to use a solid kerb to separate cars and cyclists at the western end of Huntingdon Road. However, on Hills Road and at the city end of Huntingdon Road, the cycle path will be raised above the carriageway level but with no formal barrier – a similar design to that used on Old Shoreham Road in Brighton. This would allow ambulances and other emergency vehicles to drive in the cycle path if the road is obstructed.

Mike Davies from the County Council told the Cambridge News: “This is part of the council’s commitment to provide better cycling facilities to encourage more people to get on their bikes, whilst also maintaining traffic flow and maintaining pedestrian safety.”