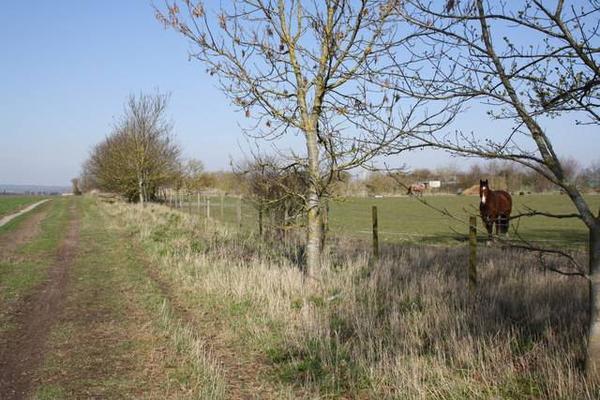 A brand new commuter cycling route is to be created in Oxfordshire by upgrading and resurfacing a field path.

The muddy Winnaway, from Harwell village to the Harwell Science Campus, will be widened and resurfaced to provide a comfortable, direct route. It will officially be reclassified as a Public Bridleway, which permits cycling.

A mini roundabout and ‘refuge’ islands at Harwell will make it easier for cyclists to cross the A417, while at the Science Campus, a short new length of cycle path will be built to give access both to the offices and to the existing Sustrans NCN route 544.

Oxfordshire County Council says that both commuters and leisure cyclists will benefit from the improved path. HarBUG, the local campaign group, says it is “not a moment too soon, especially for those who have been cycling across the Winnaway with snorkels and flippers over the winter”.

Previous story: One-third of election candidates back cycling
Next story: Dutch-style lanes get thumbs-up in Cambridge