How does c.t decide what counts as paved please?

Context of the question is I rode the Hart to Haswell Walkway as part of a longer loop a couple of days ago however it's this bit that is https://cycle.travel/map/journey/135543 that prompted the question. In the OSM there is no value specified for the surface, see image below.

What is actually on the ground isn't paved. Some of it is loose matchbox sized stone, some is muddy puddles, some is wooden boardwalk. Whilst it was passable on a touring bike with care, I'd have been carrying my road bike. I last rode it in the summer of 2017 on the touring bike and it was just as rough, but drier!

The reality is it was probably compacted when first constructed. I'd probably tag it as unpaved now, as the more precise tags seem to refer to the surface as it is intended to be, and do not take in to account neglect.

I am planning to update the OSM surface tag by the way. 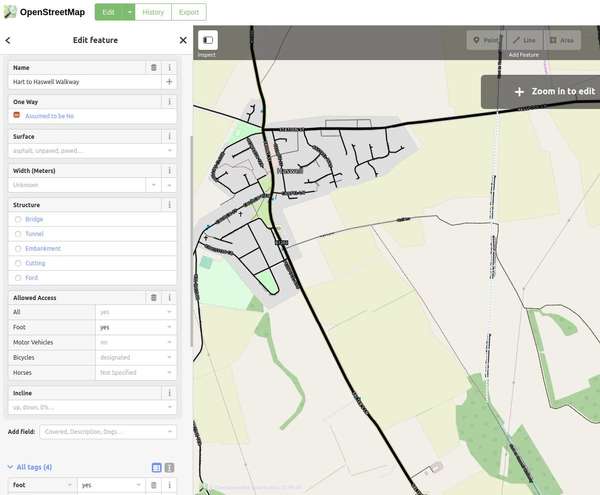 I clicked on the image icon above to add a .jpg, browsed to the image location, selected the file however an error message popped up stating "Sorry, that's not a valid file". Curiously, it was possible to upload it in .png format. 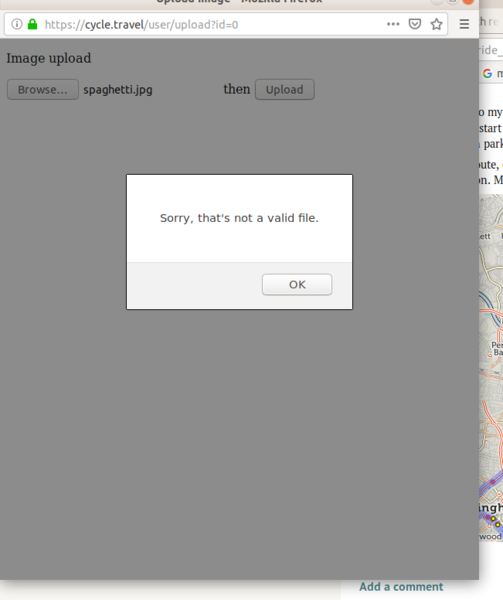 I put this ride together so my friends in the small-wheeled-bike community could use the train to travel from home to the start and back. It's mostly off road and is essentially a circular ride from New St station to Sutton park and back.

9 riders navigated the route, on a mixture of Dawes Kingpins, Raleigh Twenties, a Brommie and a Royal Enfield Revelation. Mostly folders.

Could you please add Moira, NW Leicestershire to the "City" list? I know there are listed towns close by, however it is specifically Moira that is at the Heart of the New National Forest, has the YHA and the Hicks Lodge cycling centre.

I noticed the supporter function the other day and signed up as coffee.

The pertinent feedback is that I'd begun to sign up as cake but was deterred from doing so by the mention of the possibility of an uncertain currency charge (I may have got the wording wrong, but I expect you'll know what I mean). I imagine you have good reasons for choosing a USD based system however expect that if I've hesitated, then others will. I'm not complaining, just trying to give helpful feedback. If it's possible, perhaps some indicative values of charges may help with confidence.

Once I have some knowledge about what charges paypal impose, I'll consider upgrading to my original intent.

Please do keep up the good work.