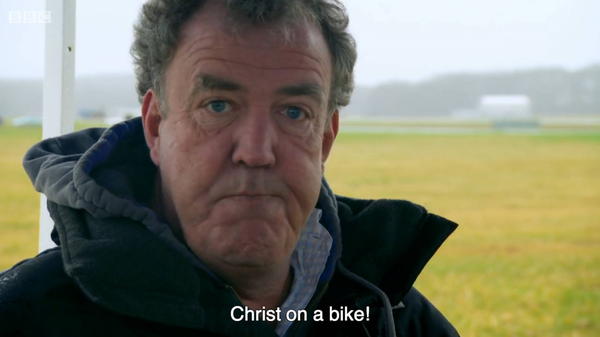 The producer of the BBC’s widely lambasted Top Gear segment on cycling has responded to viewers’ criticism – and is as unrepentant as you might expect.

In a response sent to viewers who complained, Executive Producer Andy Wilman replied:

“The Top Gear film on cycling was always going to be done in a Top Gear tone, and I believe justifiably so. Firstly, the point about bias – at what point does the film say cyclists should not be treated with respect on the road? It doesn’t – when Jeremy and James go out on their fact finding cycle around London, they make it clear that they believe buses to be the main danger point. Apart from the point about cyclists jumping red lights – a common perception of cyclists – they are not critical of cyclists.

“The bias in the early Public Information films ‘Work Harder Get a Car’ and ‘Act Your Age, Get a Car’ are specifically made to be absurd, and the joke here is centred on the hopeless misinterpretation by Jeremy and James of the brief given to them by Westminster Council. The end film does state that both cyclists and drivers should respect each other on the road, and surely that is the important point Top Gear can get across. Does it matter if we make childish jokes about cyclists’ clothes or body odour as long as we advocate that both parties respect each other’s road space?

“I would also say that although Top Gear brings its own distinct voice to the cycling/motoring issue, we are at least bringing more awareness to the debate, and if the main message from a such a car based programme is that motorists and cyclists should show respect, then that’s ultimately to the good.”

But the assertion that Top Gear was advocating road users “respect each other’s space” has already been demolished by Debbie Dorling, whose husband was killed cycling at Bow Roundabout in 2011. She told road.cc that the programme “missed so many opportunities… I am quite saddened by what went on air. It totally missed the point of cycle safety.”

On the bright side, Jeremy Clarkson’s new home near Chipping Norton will be graced with a new National Cycle Network route passing by the bottom of his road later this year – so he’ll have plenty of time to get used to sharing the road with cyclists.