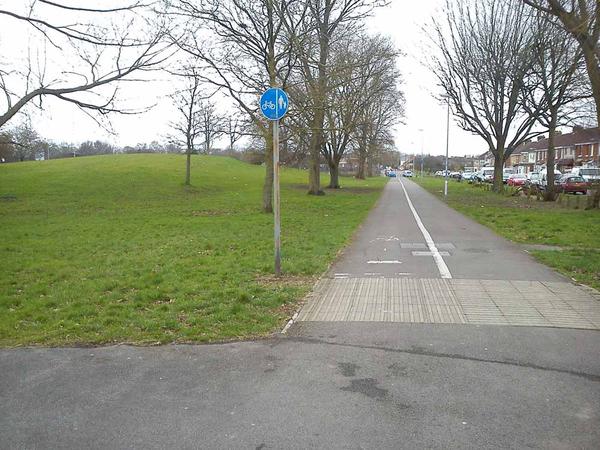 Swindon’s bike paths are its best-kept secret. There are traffic-free approaches to the town centre from four points of the compass. In turn, these link up with local paths in each neighbourhood, and cycle tracks parallel to the newer roads.

We wouldn’t go so far as to call them a ‘network’. You’ll normally need to piece together a route from paths and quiet roads, and the signage isn’t consistent enough for you to do without a map. But this combination of paths and roads, and (mostly!) sympathetic terrain, is ideal for cycling.

National Cycle Network route 45 skirts the town on the ‘Old Town Railway Path’, a high embankment converted into an attractive (if sometimes muddy) cycling route. There’s also a route along the old canal, from the edge of Wichelstowe to the town centre, and then out the other side to Greenbridge. The other path you’ll find yourself using repeatedly is the ‘Western Flyer’, an invaluable link north from Swindon station which passes under the railway line in a wide subway.

The town centre is pedestrianised with no access for cyclists. There’s handy cycle parking on each edge, but it’s a shame that there’s no simple through-route.