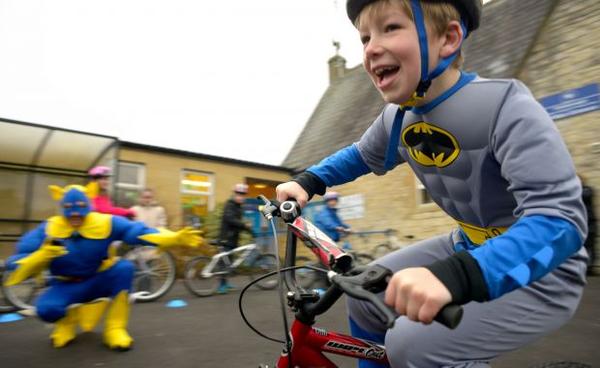 A Swindon school has won Sustrans’ annual competition for the number of kids cycling to school every day.

“Attendance has improved because they wanted to get into school because of the competition. Parents have been really on board as well, and some have cycled into school with their children before cycling on into work.

“There’s also been far fewer problems with traffic clogging up around the gates and it’s actually meant parents have managed to get into work earlier.”

The Big Pedal ran from 3–14 March and challenged families to leave their cars at home and cycle and scoot the school run. The competition is run by Sustrans and funded by Bike Hub.

Over 10 days, children from 1,520 schools nationwide took part. By the end of the event, an impressive 1,104,700 journeys to school on bikes and scooters had been recorded on the competition website.

“Each one of the journeys made during The Big Pedal proves that families can change the way they travel if they choose to.

“Every day, millions of children across the UK are driven to primary school, even though most families live an average of just 1.8 miles from their primary school. It’s a distance which takes just 20 minutes to cycle or scoot.

Research shows that only 4% of children currently cycle or scoot to school. By holding events like the Big Pedal, Sustrans is trying to change the way families travel to school.