Oxford cycle hire scheme back from the dead 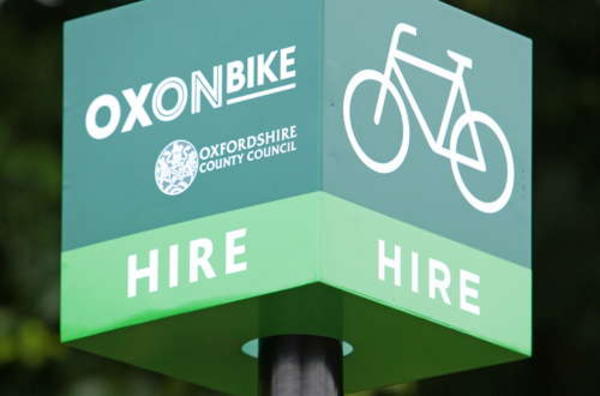 Oxford’s bike hire scheme has been relaunched after the original operator went bust.

OxonBike will now be run by HourBike, a company responsible for an increasing number of municipal cycle hire schemes around the country. The relaunched OxonBike will continue to serve the same area in Headington, with seven docking stations and 30 bikes on offer.

“I am delighted that OxonBike will be on the road once more. When the scheme launched last year around 500 people signed up, so I am sure that those people will be very keen to get back in the saddle. Commuters who use Thornhill Park and Ride and who travel in and around Headington to places like the universities and hospitals will find OXONBIKE particularly useful.”

The hire changes will remain unchanged, with a half-hour free period. Registration costs £1. However, users will notice that the technology used to hire the bikes will alter to the more familiar keypads seen in places like Reading and Blackpool.

“I am delighted that we have been given the opportunity to get involved in Oxford and help give commuters in the Headington area another way to get around. June is a good time to start cycling as the weather is in your favour and I look forward to welcoming back OxonBike users old and new.”

The scheme is a pilot and has been funded by the government through the Government’s Local Sustainable Transport Fund.