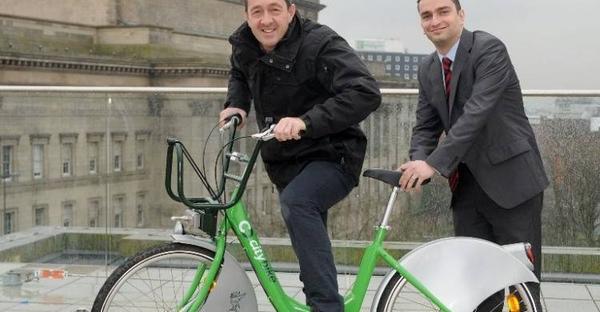 Cycling celebrity Chris Boardman, from nearby Hoylake, officially kicked the first bike off its stand at 9.30am to declare the scheme open. Only ten docking stations are live now, in key city centre locations such as the Pier Head – but 100 more are planned in the next year, bringing the total to over 1,000 bikes.

Operated by cycle rental specialists HourBike on behalf of Liverpool City Council, the scheme follows a familiar pattern with hire available from £3 per day, £9 for a week or £60 for a year. Annual passes can be purchased online at citybikeliverpool.co.uk.

Boardman described his ambitions for the scheme as “I want to see normal people in normal clothes seeing this as a normal way to get around – with the emphasis being on the word normal.”