Map Days out
⚠
We'll be rebuilding our city guides in 2023. For now, we hope you find them useful but we suggest you double-check any details that might have changed.

Liverpool is to become one of the first cities in Britain to get bike-friendly traffic lights which give cyclists a head start. Unusually, thermal imagery detectors will sense the presence…

Liverpool pledges to be “fastest growing city for cycling” 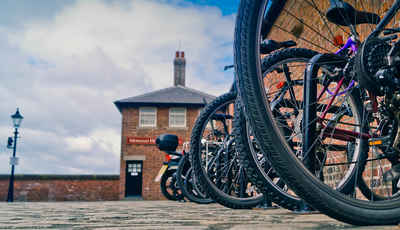 Watch out London – Liverpool is coming after your title as Britain’s booming bike city. A new cycle strategy, agreed by the City Council this week, aims for 10% of… 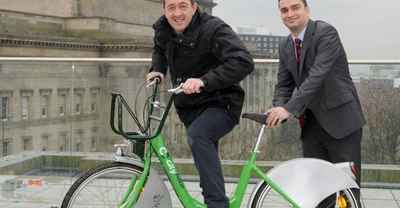 Liverpool’s cycle hire scheme, the largest in Britain outside London, launches today (7th May). Cycling celebrity Chris Boardman, from nearby Hoylake, officially kicked the first bike off its stand at…

Liverpool plans bike route in the sky (with diamonds?) 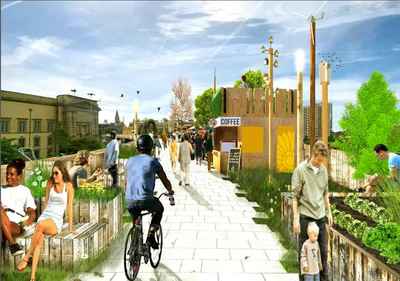 An ambitious plan to transform a Liverpool flyover into a ‘bike route in the sky’ has sailed past its first hurdle. The Churchill Way Flyover is proposed for demolition by…

Liverpool’s ‘Boris bike’-style hire scheme, the biggest outside London, will be known as City Bike when it launches next month. The name was chosen following a public vote, beating off…

Find somewhere to cycle this weekend. Here’s our route-planner’s top picks around Liverpool:

The National Cycle Network is a great way to find traffic-free routes and quiet lanes. These routes pass through Liverpool:

To Wallasey, Birkenhead, Neston and Chester.