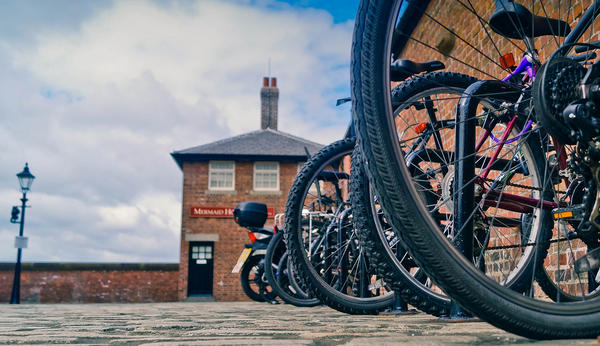 Liverpool’s ‘Boris bike’-style hire scheme, the biggest outside London, will be known as City Bike when it launches next month.

“If all those who took part in this vote show the same level of enthusiasm for using the bikes, we can look forward to the scheme being a great success! We’re now just weeks from launch and I’m looking forward to us finalising the City Bike branding, as well as the design and colour of our bikes, and unveiling them to the public in the very near future.”

The scheme will launch in April with an initial 100 bikes at 10 city centre stations. By July, there will be 500 bikes at 50 stations; with 1,000 bikes at more than 100 stations, across the city, by March 2015. The scheme will be run by HourBike, who are running or installing systems in Dumfries, Lincoln, Nottingham, Reading, Southport – and Moscow!

How it will work

People simply need to pay an annual membership fee which allows them to take a bike from any station, ride it where they like, then take it back to any station, ready for the next person to use. No booking is needed and it’s self-service – just turn up and go. Cyclists can register immediately by phoning through their card details. As in London, bikes will be free to members to use for the first half hour.

It is expected that the cycle hire scheme will quickly expand to become a long term facility for employees, residents and visitors. Following the initial investment, the council hopes the scheme will become financially sustainable after three years. Funding comes from the Local Sustainable Transport Fund, allocated by the Department for Transport (DfT); Liverpool has received £2.8m from the fund, of which £1.5 million is going to the cycle hire scheme. The rest is being spent on cycling and traffic signal improvements, and sustainable transport initiatives in different parts of the city.