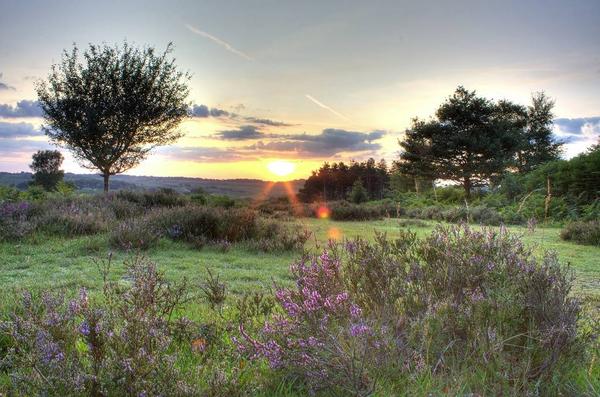 The Government’s much-heralded £12m fund for cycling in National Parks is running into trouble – with one National Park almost entirely rewriting its plans, and concern that two others may not be able to carry theirs out.

In January 2013, the then Cycling Minister Norman Baker announced that funding would be available to improve cycling in three cities and several National Parks, leaving other rural areas and towns in the cold.

Cycling organisations had privately expressed concern to Government that the National Parks may not be able to prepare workable plans in the tight schedule, and suggested that other countryside areas should be eligible – such as Areas of Outstanding Natural Beauty.

However, in August that year, the Government pressed ahead with the project, awarding the money to the New Forest, Dartmoor, the Peak District and the South Downs.

The New Forest project was the first to run into trouble, with its decision to cancel the proposed cycle hire scheme widely condemned by cycling campaigners. Now, an investigation by trade magazine Local Transport Today has shown that the rest of the project is being rewritten, despite the New Forest National Park Authority’s promise that it had been “carefully designed to be deliverable” by the March 2015 deadline.

In fact, Local Transport Today has found that the £1.6m family cycle centre in Brockenhurst is at risk after a private sector partner pulled out, with a New Forest spokeswoman saying:

“The commercial partner has now decided not to proceed with their project. As part of the programme review, we are currently assessing other ways to deliver the family cycle centre.”

A third scheme was for a £500,000 network of ‘pedal buses’, super-rickshaws which would each carry up to eight passengers and would be partly powered by passengers. The buses were due to enter service this year – but legal problems threw a spanner in the works. Now, it looks likely that they will be restricted to private land if they enter service at all:

“Following further feasibility work which identified the legal and operational challenges of implementing the pedal bus project on highways, we are investigating delivering the project on private land through our grants scheme.”

The New Forest programme may now be entirely redrawn to focus on improving local cycle routes.

Meanwhile, there is concern that the cycling plans of two other National Parks are at risk.

In the South Downs, the National Park Authority is planning a new route along the Ouse Valley – a project warmly welcomed by local cyclists. As the local Argus newspaper reports, however, the path promoters have not yet secured the agreement of all the landowners along the route.

The agreements need to be in place, and work underway, by the same March 2015 deadline if the £600,000 of Government funds are to be claimed. Andy Lock, from Cycle Seahaven, described the task of balancing landowner wishes and funding requirements as a “tricky job”.

In the Peak District, where an ambitious network of traffic-free paths is proposed, local Sustrans rangers have appealed for help in securing approval for the Bakewell-Matlock route – permission for which was previously rejected. Clyde Hinton writes:

“A planning application made by Peak Cycle Links and John Grimshaw, to open precisely this path, failed a couple of years ago mainly due to protests coming from certain quarters in our local area. It is imperative that you give your support to this project.”

You can express your support using an online survey set up by Derbyshire County Council.

Previous story: Avoid HGVs with our new, upgraded route-planner
Next story: Across Europe by bike - in just 37 days