Cycling is the new golf - literally 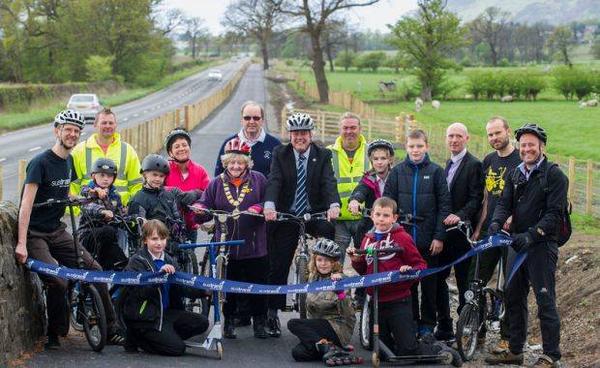 The oft-heard remark that “cycling is the new golf” has never been truer than on a new cycle path between Alva and Tillicoultry, Clackmannanshire – because the route passes through land owned by Tillicoultry Golf Club.

Funded by Sustrans Scotland, the 2.5m-wide shared use path links the Devon Way cycle route with Alva Academy. It forms part of National Cycle Network route 768, under the Ochil Hills, one of an increasingly dense number of routes in the Alloa area. Scottish Transport Minister Keith Brown called it “a fantastic exemplar project which helps to meet the demand for cycling and walking infrastructure”.