Since we arrived in Bristol much later than we wanted, we decided to stay there a bit longer and leave the city no earlier than four o'clock in the afternoon.

Leaving this late made it impossible to go to Wells, which was our original next stop after Bristol; besides, there was no accommodation in Wells for these dates, only in Glastonbury or by Chew Valley Lake — for a price of mere €4912 (discounted from the original €5774) — clearly out of the range we'd be able to afford any time soon. 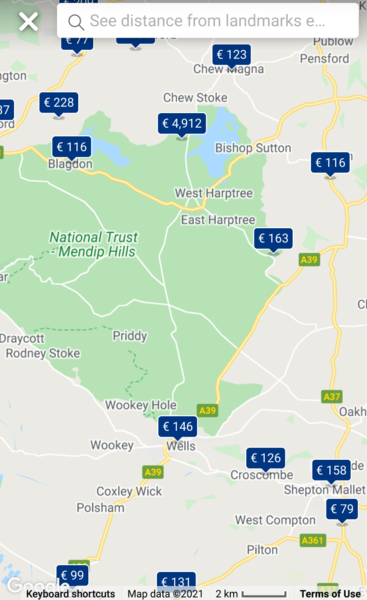 Looking for a place easy to reach from Bristol and affordable, we found the Bridge Inn in Yatton, just about 25 km from Bristol, a distance we'd be comfortable to make in the evening. 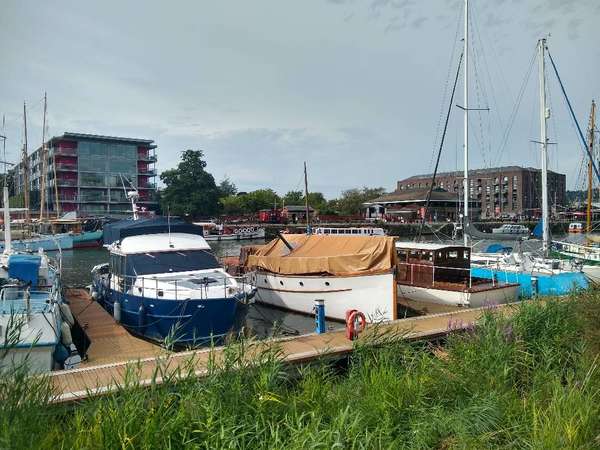 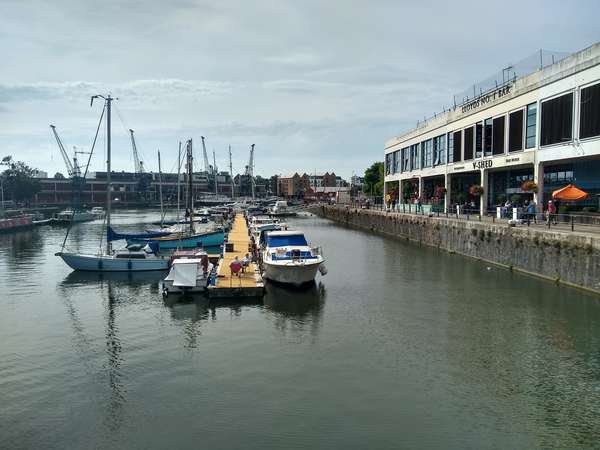 Some coffee at the market: 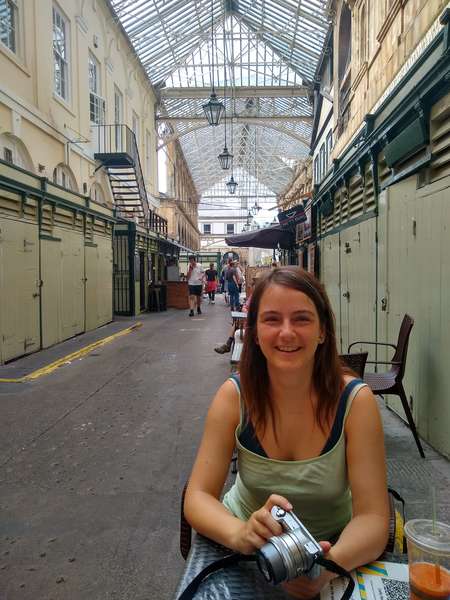 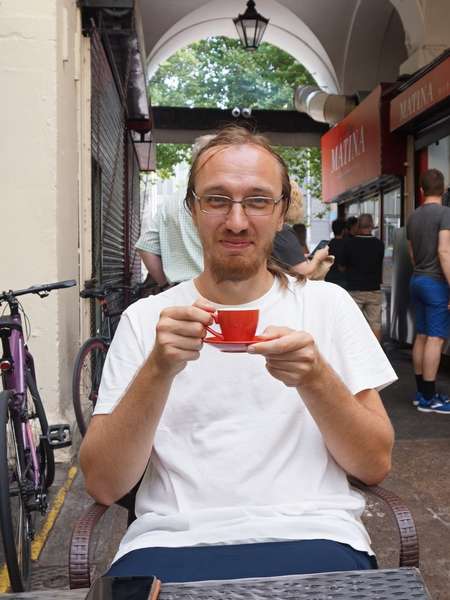 A garden behind the Bristol cathedral: 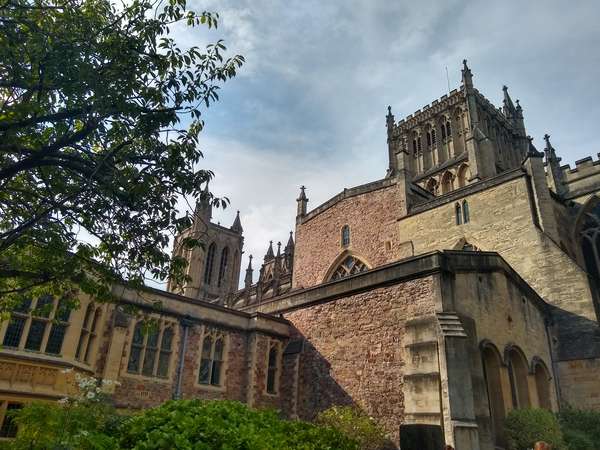 And the cathedral itself: 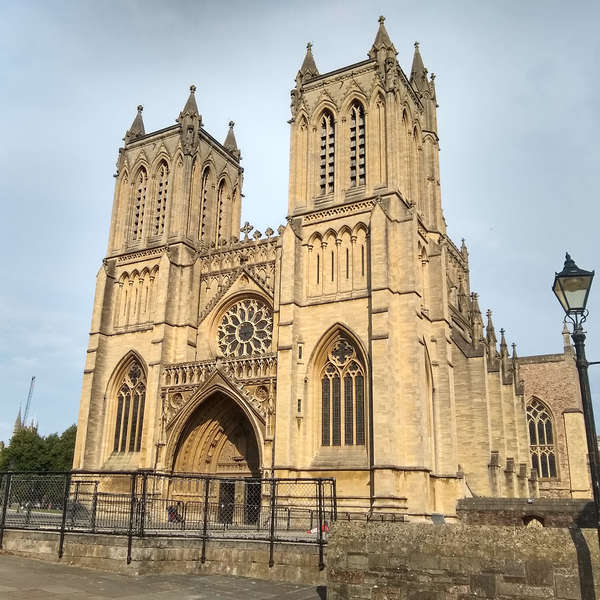 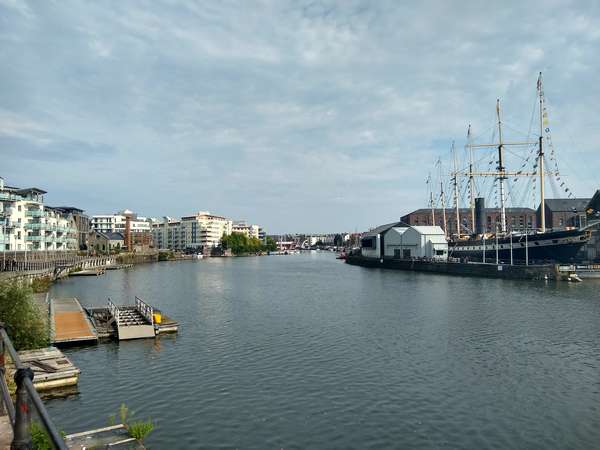 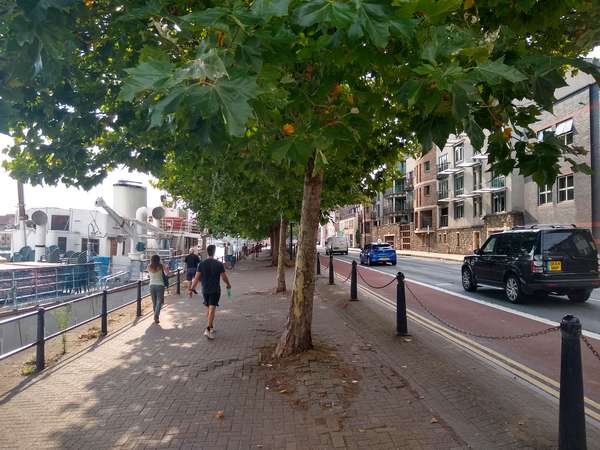 We have spent most of the day walking around Bristol and shopping, and just as we were ready to leave, Martina heard some squeaking noise from the front wheel. The front disk brake was permanently engaged. That's probably why Martina's legs hurt that much after yesterday’s ride and mine didn’t!

It was half past five, so most bicycle shops were closed. Luckily, Trek at Queen's Road was open until 6, so we hurried up the hill to get there as soon as possible.

Having climbed up, we've got the brakes adjusted in just a couple of minutes and weren't charged a penny. ‘Spread kindness — and donate to your favourite charity’, said the Bicycle Repair Man

Just as we passed Ashton Gate, another complaint came from Martina, about a slight rubbing sound from the front brake, which didn't however slow her down much, but still the vibration could be felt in the handlebars. I tried to fiddle with it but to no avail, so we decided to get it fixed next morning in Yatton.

The ride to Yatton was super easy, only the last bit was a bit intense as it became dark and quite a lot of cars were coming towards Yatton.

The accommodation was a Greene King inn, which meant the Greene King ales at the bar and a lot of signage typeset in Gill Sans. The furniture was a bit old, but nothing to really complain about.