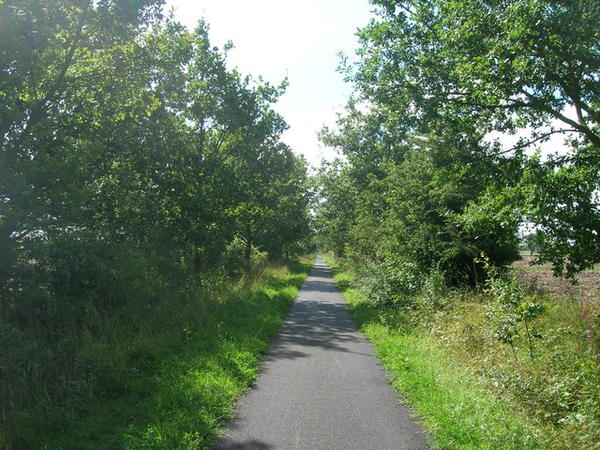 When the East Coast Main Line was routed away from Selby in the early 1980s, the old trackbed was kept – partly for a road, but mostly as a cycle path. It became an early project for the embryonic Sustrans, branching out from its Bristol heartland for the first time.

It’s 15 flat, tarmaced miles to Selby, starting on the west bank of the river and continuing through Bishopthorpe and Riccall. This is far from dramatic countryside, of course, but apart from the one mile beside the A19, it’s always a pleasant ride. Selby’s abbey and river swing-bridge are worth a visit. There are regular trains back to York, or you could head back on country lanes via the river bridge at Cawood.

Look out for the scale model of the solar system along the way. We haven’t established which came first: this one or Somerset’s equivalent (beside the Bridgwater & Taunton Canal)!

This is a great route but drastically needs upgrading. The tree roots are so bad in parts it is likely to damage bikes using it. Please re tarmac it!!