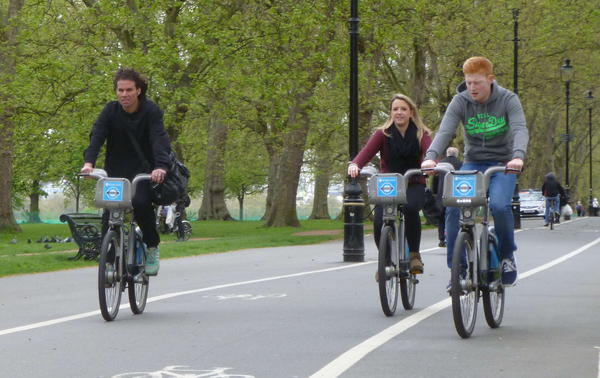 A new study by the University of the West of England has found that 65% of British adults want more funding for everyday cycling.

The study is based on two surveys in 2010 and 2013. It found that many adults wanted to take up cycling – but that they were reluctant to share the roads with cars.

The key findings of the 2013 study include:

“Our data is clear that anti-cycling media rhetoric does not represent the views of the majority. A majority of adults in GB support cycling and want to see more money spent on it. Moreover, people recognise the environmental and congestion reducing potential of cycling, and many people would cycle more themselves – if only they felt more confident to do so.”

He pointed out that, although 33% of adults in the 2010 survey said they were thinking of taking up cycling, more recent figures show that very few have actually done so.

“Government must meet the urgent need for a safer cycling environment by investing in cycleways. At the moment enormous budgets are allocated to road building without any opposition, and yet much more modest recommendations for cycling are prevented from happening. This surely needs to change.”

Alan Tapp is Professor of Marketing at UWE’s Bristol Social Marketing Centre, which studies how to change behaviour and improve the environment by using commercial marketing techniques. It has worked extensively with Cycling England and Bristol Cycle City to investigate how to promote cycling.