For the city with everything: a bike lane sweeper 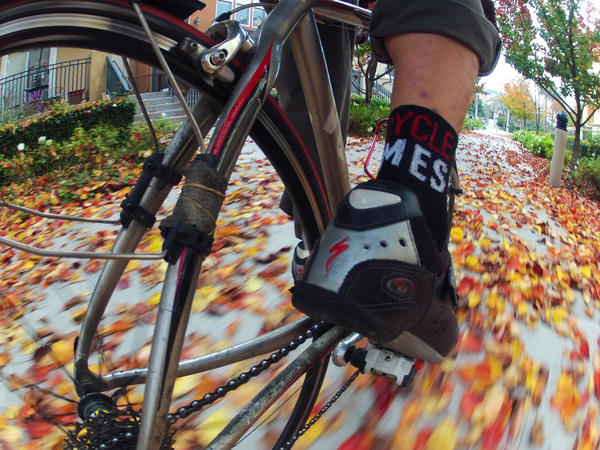 Portland, Oregon, is the undisputed cycling capital of the US – with bike lanes a-plenty. But how do cyclists in the rainy, windy Pacific Northwest deal with the autumn weather?

Easy – they buy a special sweeper for their cycle lanes. The city authorities are now keeping tracks clear with a purpose-built narrow sweeper, nimble enough to fit between kerbs, parked cars, plastic edging and planters.

Brought into service in October, it’s much in demand by the city’s riders, who say that a newly opened ‘world class’ bikeway has otherwise been unusable due to heavy leaf-fall. The RAVO sweeper is imported from the Netherlands (of course).

The city’s Diane Dulken told BikePortland.org that “This new sweeper allows us to get to hard to reach places, such as protected bikeways, so we’re pleased to have this addition to our fleet and to expand the tools available for street cleaning.”

If you’re thinking it still wouldn’t fit down a typical UK bike lane, you’re quite right. They do things differently over there. And by “differently” we mean “better”.

Meanwhile, we can’t let a mention of cycling in Portland pass without taking the opportunity to share this: