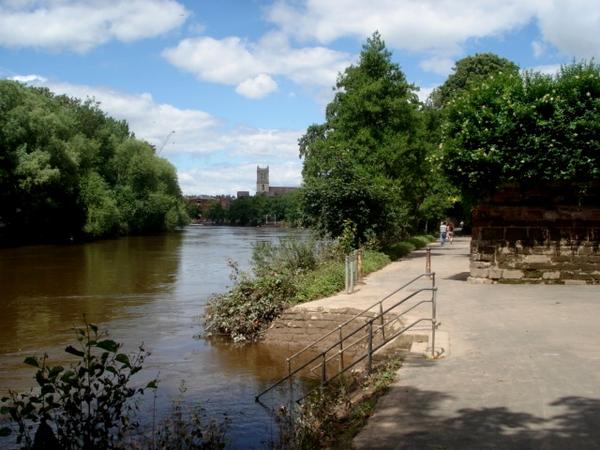 Worcester was built around a crossing of the River Severn, and the river still defines the city’s geography today. Two riverside paths head south from Worcester Bridge towards Diglis, where they’re now connected by the striking new Diglis Bridge.

The city’s other waterway is the Worcester & Birmingham Canal. The towpath is fully cyclable and has been recently resurfaced, though the descents at locks are steep and narrow.

Dozens of cycle routes have been built as part of the estates in the east of the city. These are joined together by a circular route, or in Worcester parlance, the ‘Orbital Pedway’. By contrast, there’s very little off-road provision to the west of the Severn, in St Johns and Lower Wick, though the Sabrina Bridge does at least link the University with the city centre.

Worcester is something of a hub on the National Cycle Network, with three routes converging here. Leisure routes have been signposted into the surrounding countryside, marked with a series of coloured symbols (such as a purple square or green triangle).