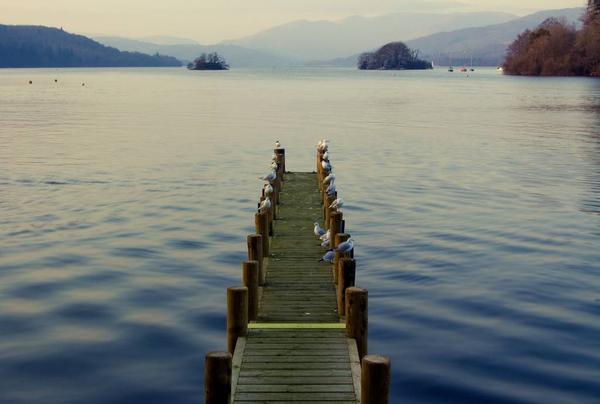 Finding a safe place to cycle in the heart of the Lake District has never been easy, with busy traffic squeezing into the narrow valleys.

A new series of off-road cycle routes aims to change that – and the first one opens on 15 July. The Langdale Trail runs from Ambleside, at the north end of Windermere, up the picturesque Langdale valley to Skelwith Bridge and Elterwater.

Here, a brand new traffic-free path continues to Sticklebarn, the only pub in Britain run by the National Trust, beside Dungeon Ghyll. Cycle route signs have been erected to point the way.

“Before the new trail, people couldn’t really cycle along the scenic route between Elterwater and Dungeon Ghyll without either having a mountain bike or going on the road. This is a great way for people to safely cycle one of the Lake District’s most iconic valleys.”

The full eight-mile route will be opened with a guided ride on Tuesday 15 July, starting at Rothay Park in Ambleside at 10am.

The Langdale Trail is one of several routes being created under the multimillion-pound ‘Go Lakes’ programme. Other new routes are to include:

At the same time, for those who prefer to ride on-road, new cycle route signs are being installed around the area to suggest the quietest roads. These should be in place by the summer. They will be accompanied by increased cycle parking at locations including Stavely, Coniston, and Grasmere.