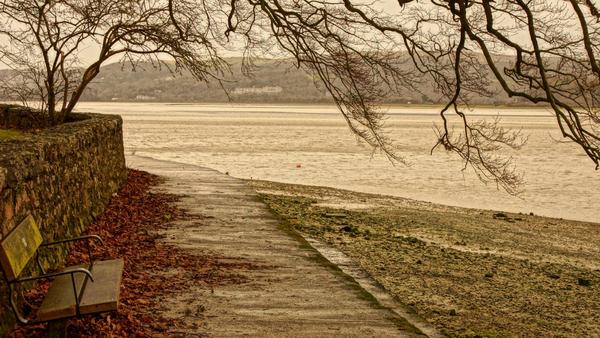 New – click here for our full route guide, with map, to the Bay Cycle Way!

A scenic touring route is being devised to follow the coast around Morecambe Bay, from Barrow-in-Furness all the way to Lancaster and beyond.

The 100-mile Bay Cycle Way will be launched next year, following quiet roads and existing cycle paths around the area. It is being promoted by the Morecambe Bay Partnership and Sustrans. A 28-strong cohort rode a ‘trailblazing ride’ along the proposed itinerary this month, to give feedback on the route.

The Bay Cycle Way is conceived as a family-friendly ride, and will be one of the flatter routes that the North of England has to offer. Attractions along the route will include Conishead Priory, Morecambe’s art deco Midland Hotel, sticky toffee pudding capital Cartmel, the RSPB reserve at Leighton Moss, and the picturesque port of Glasson Dock. But, most of all, the views of the bay will be the star. According to Sustrans Area Manager, Nikki Wingfield:

“Morecambe Bay has its very own distinctive character, with incredible views, world class historic sites and artefacts, traditional food and rare wildlife. We have planned lots of opportunities to stop – there’s a loo, a brew and a view every 10 miles!”

Much of the route follows existing sections of the National Cycle Network: the Walney–Wear route (NCN 70), the long-distance NCN 6, and the Lancashire Cycleway. As well as signposting for the main route, the promoters are also planning ‘cycle hubs’ along the way and a series of circular loop rides.

Local people are keen to see a cycleway built alongside the railway viaduct that links Arnside to Grange-over-Sands, which would cut off a 14-mile detour. Although this will not form part of the initial route, the Morecambe Bay Partnership agrees that it would be “a significant and unique attraction for visitors which would increase the popularity of the Bay Cycle Way”. The Partnership is now looking for funds to carry out a feasibility study into the project.

You can see a map, and download a PDF, of the possible route using our route-planner.