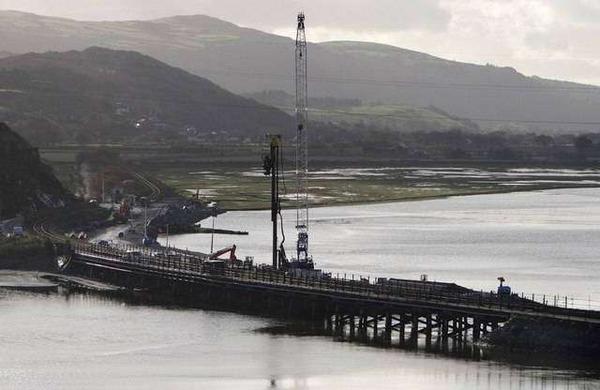 The Welsh Government has announced over £5m of spending on new cycle paths – including several crucial gaps in popular routes.

The paths include the North Wales coast route, where £100,000 is to be spent building a new coastal path from Talacre to Ffynnongroyw, avoiding the current inland detour; £295,000 for the missing link in the popular and scenic route via Blaenavon in the Valleys; and £840,000 to finish the prolonged works at Pont Briwet in Snowdonia, where cyclists tackling Lon Las Cymru are currently faced with a long detour on busy roads.

The money comes from Wales’s Local Transport Fund. Transport Minister Edwina Hart said the schemes were designed to “support jobs and economic growth, reduce economic inactivity and encourage healthier and sustainable travel. There was also a requirement for their schemes to improve the quality of life particularly those living in disadvantaged communities”.

Swansea is getting £300,000 for its city cycle network, and Cardiff, Aberystwyth, Newport and Merthyr Tydfil also get funding for urban cycling improvements. Sustrans advised the Welsh Government on the selection of walking and cycling schemes.

Not all the schemes are related to cycling: many are for major road improvements or bus networks, totalling around £10m. Nonetheless, the list includes an impressive haul of cycling projects, and this is the second such announcement this spring: a further £5m was announced in April for the ‘Safe Routes in Communities’ programme. Those living in England can only look on in envy at a country where one-third of the transport budget is spent on cycling.

Separately, the Welsh Government has published a design guide for cycling and walking schemes – making it the fourth such in the last month, after publications from CTC, Sustrans and Cyclenation. John Griffiths, Culture & Sport Minister, said it was “developed by a consortium of experts in their field, and reflects the latest thinking on walking and cycling infrastructure design, with a clear focus on equality and accessibility”.

Rather than plumping for one type of cycle route design, the document sets out pros and cons for each type – saying “designers are encouraged to think through their decisions rather than start from a default position of implementing any particular feature”. It points out that the only way to assess a cycling scheme is to actually ride it, and encourages engineers to do so

It does, however, strongly recommend ‘segregated’ cycle paths for commuter routes:

“In general, separate provision for cycling will tend to provide a route where people are able to maintain their desired speed. This will be important on key active travel routes which are designed to provide for utility trips and to provide a realistic alternative to the car over short distances.”

The documents are out for consultation until 4th August.