Map Days out
⚠
We'll be rebuilding our city guides in 2023. For now, we hope you find them useful but we suggest you double-check any details that might have changed. 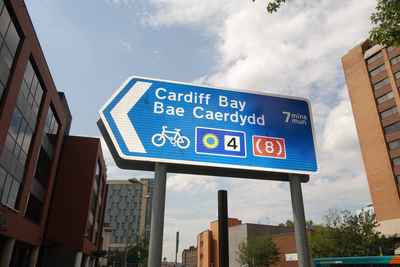 Cardiff cyclists have launched an ambitious bid to create Wales’ first Cycle City – and “the best cycling city in the UK”. In a manifesto unveiled this week, they call…

Llandaff residents have launched a campaign to build a new bridge for walkers and cyclists across the River Taff. The proposed Llandaff Bridge would bypass Bridge Road, which they say…

Find somewhere to cycle this weekend. Here’s our route-planner’s top picks around Cardiff:

The National Cycle Network is a great way to find traffic-free routes and quiet lanes. These routes pass through Cardiff: