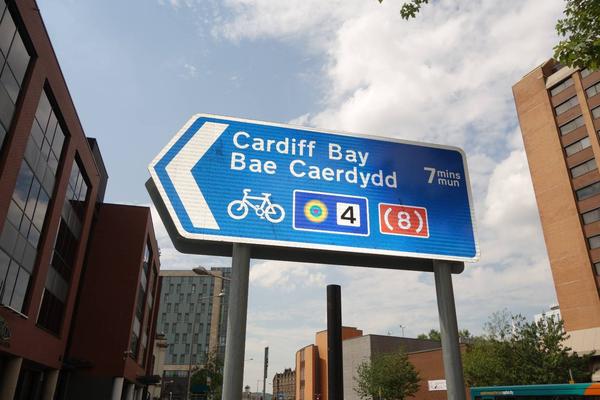 Cardiff cyclists have launched an ambitious bid to create Wales’ first Cycle City – and “the best cycling city in the UK”.

In a manifesto unveiled this week, they call for:

All of this, they envisage, should be supported by a £15 spend per person every year.

The campaign has been launched by local cyclists and national cycling organisations. Gwenda Owen, from CTC, said:

“We are delighted that cycling groups and individuals are working together in Cardiff to make the case for investing in cycling. Cardiff is the youngest capital city in Europe, and has the potential to grow up to become the Amsterdam of the UK.”

Cardiff is one of the flattest cities in Britain and has more green space per person than any other UK core city. Between 2001 and 2011, the number of people cycling to work in Cardiff increased by 65%. But despite this, the city is still clogged with car commuters – not least those arriving from nearby towns.

You can find out more about the campaign at cardiffcyclecity.org.

Previous story: Another east-west cycleway - and this one floats
Next story: We're back! (Where've we been?)