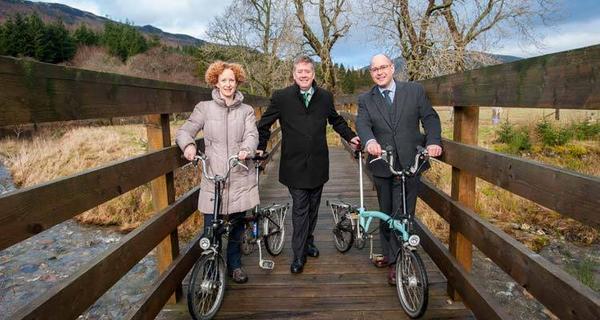 It’s been a good week for rural cycleways in Scotland and here’s another one. A new two-mile path is being constructed between Strathyre and Balquhidder in the Trossachs, a journey which currently involves a long detour. The new path will follow the former Callander & Oban railway trackbed.

Work started at the beginning of April and should be complete at the end of June. It forms part of National Cycle Network route 7, which is largely traffic-free in this area on railway paths and forest tracks. The route links Glasgow and Inverness.

The path is being funded by Transport Scotland. John Lauder, director of Sustrans Scotland, said: “We envisage that it will prove popular with tourists from both home and abroad, especially given that this is such a scenic part of Scotland.”