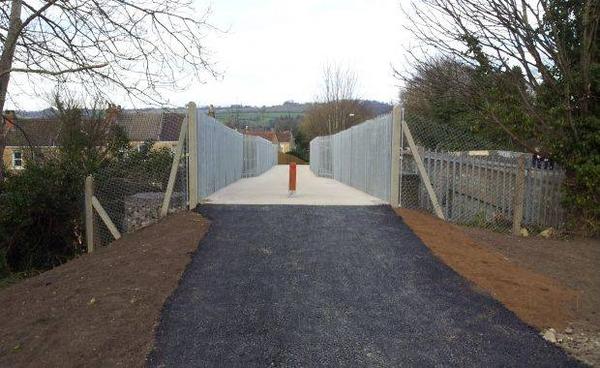 An awkward gap has been filled in Bath’s celebrated Two Tunnels cycle route with the reinstatement of a former railway bridge.

When the Two Tunnels Greenway opened, running south from Bath under the hills on the Somerset & Dorset Railway’s former route, there was just one fly in the ointment – the less than ideal route to get there. Cyclists were required to make their way across a narrow, one-way road bridge before climbing to the Linear Park through which the route runs.

Now, the former S&D Railway bridge has been resurfaced and opened to cyclists, providing a more direct and safer link to the Greenway. Further improvements this year will include a signalled ‘toucan’ crossing on the main Lower Bristol Road and new signs, completing the link from the riverside path which carries National Cycle Network route 4.

“We are delighted to complete this section of the Two Tunnels Greenway. People can now access the route safely from the north side of the railway line and very soon from the Bristol to Bath path as well.”

Thanks to OpenStreetMap’s indefatigable contributors, the new bridge is already shown on cycle.travel’s mapping, and you can plan a journey over it.