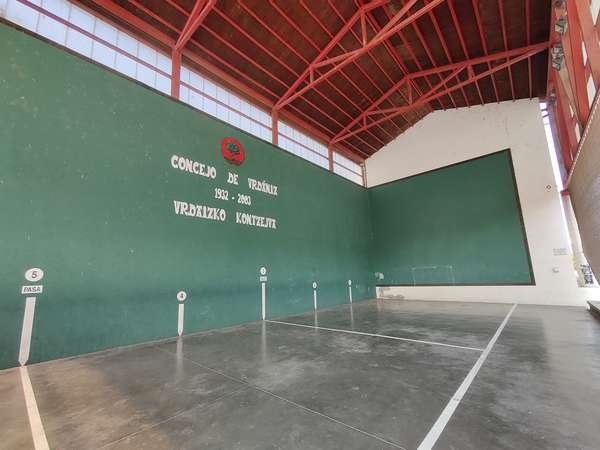 I had a cool and misty-eyed morning. I took a couple of hours until it cleared. It stayed relatively cool as I took on the biggest climb of my tour so far.

This took probably two hours and did have the occasional flat bit. My legs were protesting a lot though I was only forced to stop once - around 200 meters from the top. No medals for me.

It was a sharp descent for ten minutes and then a gentle slope all the way through to Pamplona. Much of this was on a big highway but with very little traffic. It also got much hotter.

I tried an albergue in the city center but it was full and got the same in the suburbs.

Heading out to the campsite 20km further south, but also considering wildcamping options, I found there was an albergue just 10km away - so I headed there.

Yes, but what a 10km! At 6pm the heat was in my face and this extremely quiet though very wide road went up and down and up and up. Phew. As I got higher there was a little breeze on my back though.

Then an extremely fast 50kmh descent into Utegra and I checked in to my first albergue. It is very good.