This could be the quintessential English cycle route. Four cathedrals, glimpses of Severn and Thames, the Cotswold countryside, the Ironbridge Gorge… all connected by canal towpaths, railway paths, and miles upon miles of quiet lanes.

The Mercian Way, aka route 45, is one of those National Cycle Network routes that’s never quite hit the headlines – a secret known only to those who lovingly maintain the little blue signs. Mention it in cycle-touring company and you’re more likely to receive a puzzled look than a smile of fraternal recognition. Those who haven’t ridden it are the ones missing out. We have, and this guide explains why we think you should too.

The Wessex Downs, before Swindon, have a few noticeable climbs.  The Severn Valley between Stourport and Bridgnorth is unexpectedly undulating as you cross the river from side to side – oh, for a riverside cycleway. Then there’s Shropshire’s most famous hill, the Wrekin, just after Ironbridge; the Mercian Way skirts it via a steep climb out of Coalbrookdale, though you can follow the (busyish) riverside B road for an easier ride.

On balance, we’d say that although this isn’t a route for an absolute beginner, anyone with a modicum of bike travelling experience will enjoy it.

This route has a few more bumpy off-road sections than the average Sustrans route. They’re still a minority of the full route, but if you want to follow NCN 45 faithfully, you’ll need a hybrid, adventure or mountain bike. If you have a road bike, you’ll need to make a few diversions away from the signposted route. (Note that the off-road parts are south of Shrewsbury/Wroxeter: from there to Chester, it’s pretty much all on-road or good quality towpath.)

What's the name about?

Mercia was an old Anglo-Saxon kingdom before the unification of England. This is a historically themed route through the ancient cities of the territory and their Roman precursors, and you’ll see a handful of elegant carved waymarkers featuring a Mercian soldier along the way.

There’s just one inconvenient detail. The southern part of the route, from Salisbury to (roughly) Cricklade, was part of the kingdom of Wessex – not Mercia. At one point, the route was going to be called the Ancient Stones Cycle Route, inspired by a planned routing via Stonehenge which was never completed. But the Midlanders got their waymarkers up first, so Mercian Way it is.

Yes, as National Cycle Network route 45. Between Telford and Shrewsbury, the original route has now been removed from the NCN, so you may need to find your own way (oh, if only the old railway trackbed could be reused…). You may also find that the route 45 signs are missing for short sections around Tewkesbury, Bridgnorth and Whitchurch.

When the route was being developed, a spectacular passage via Stonehenge and Salisbury Plain was envisaged. This would have crossed the A303 at Stonehenge, then taken off on byways via Larkhill, the Bustard Inn, and north from there to the edge of the military area near Urchfont. Here it would drop down to Marden, rejoining the main route at Woodborough.

We’ve cycled this and it is a great ride. However, crossing the crazily busy A303 is nearly impossible, and the main byway across Larkhill Ranges has been resurfaced with thick, slow chippings. If you fancy trying your hand, check out the military land opening times.

There are railway stations at Salisbury and Chester – and, in fact, pretty much everywhere along the route. The mainline services at both stations require bikes to be booked in advance. 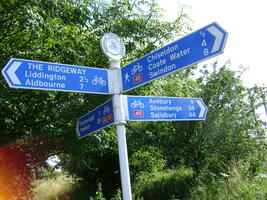 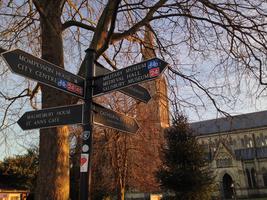 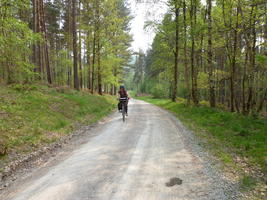 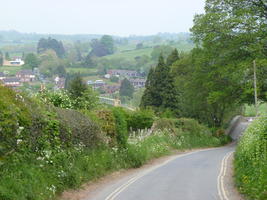 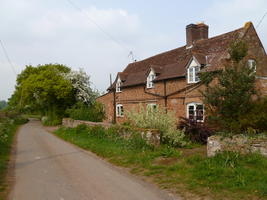 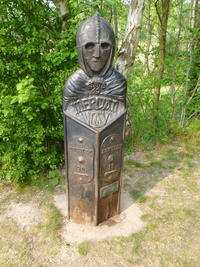 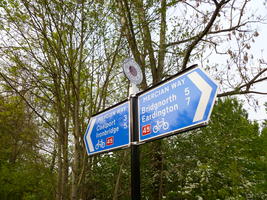 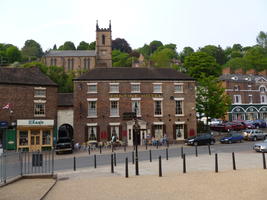 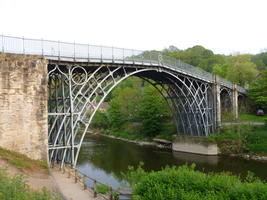 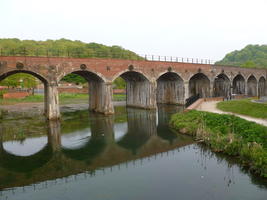 The off road path at Nailsworth isn't suitable for road bikes if it's been raining.