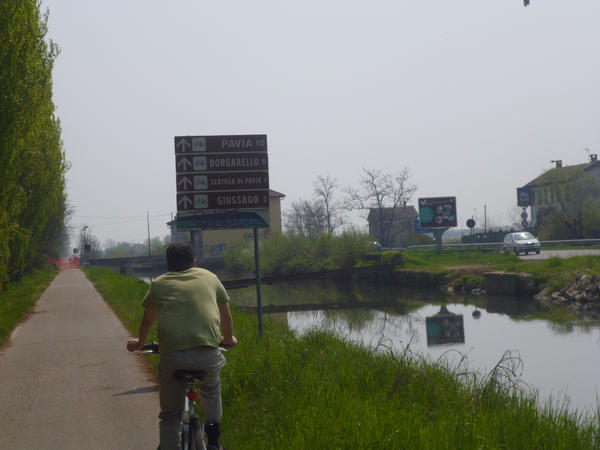 A campaign is taking shape in Italy to build Europe’s longest cycle path – a 420-mile route along the banks of the River Po, connecting Venice, Milan and Turin.

The €80m project, known as Vento (‘Wind’), would connect existing traffic-free paths along the river banks to make a flat, tarmaced route suitable for all ages. Paolo Pileri told the Guardian: “This cycle path is like the chain of a necklace… Turin is the first pearl, Valenza the second pearl; there are so many pearls – but at the moment we're just missing the chain.”

Italy’s economic situation is far from comfortable, of course, but tourism minister Massimo Bray has called the idea “exemplary”. As the Guardian points out, southern European countries have traditionally lagged behind northern Europe in cycling provision; could this be the turning point?

Visit the project site and find out about a forthcoming documentary (Italian-language).

There was some great Sicilian routes on the forum! I took a lot of inspiration from this wym-1553862756364, now I'm really into Sicily.