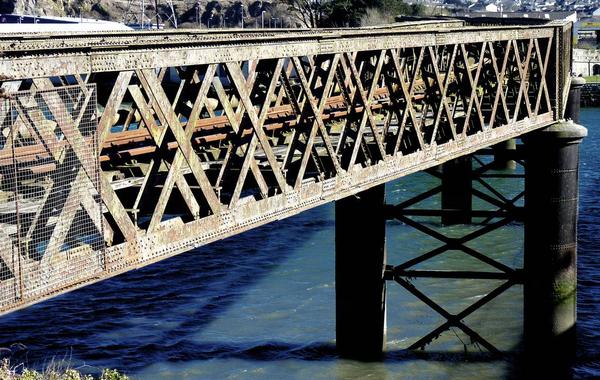 The railway bridge, last used by freight trains in the early 1990s, has long been earmarked to take cyclists away from the busy adjacent main road. Both Plymouth commuters and cycle tourists on the Devon C2C need to cross the River Plym on their way to the city centre.

After years of delays, scaffolding has now been erected to facilitate work on the bridge. The old structure is to be stripped back to the bare metal and repainted, then new railings and a new deck will be added. Street lighting will be installed to keep the route safe at all times of day.

The crossing is expected to open to cyclists in 2015. It will complete an almost continuous off-road route between Devonport and Stonehouse in the west, to Plymstock and Plympton in the east, via the city centre and East End; several cycle paths already converge at the bridge.