Egrets? We have a few 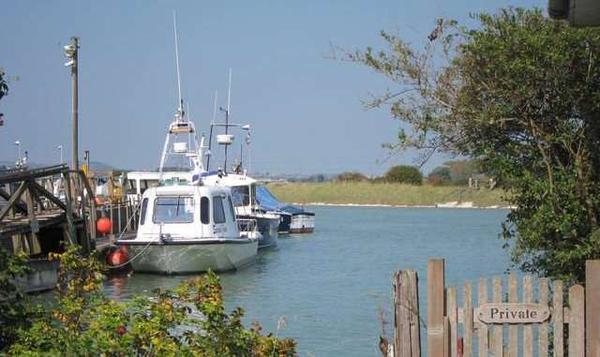 Cyclists could soon be enjoying a scenic ride along Sussex’s River Ouse along a new traffic-free route, the Egrets Way.

The route is proposed by the South Downs National Park – Britain’s newest – together with Sustrans and local cyclists. With funding already secured from the Department for Transport, the route has now been submitted to Lewes District Council for approval.

Two sections of the route have already opened: a link from the village of Kingston into Lewes, and a new one-mile bridleway between Rodmell and Southease. The latest application, however, would be the real breakthrough – a five mile largely traffic-free route beside the beautiful River Ouse.

The South Downs National Park received £3.8m from Government to improve local cycle routes, and the Egrets Way is one of the flagship schemes. The new route would link into the Anglo-French Avenue Verte at its southern end, and run parallel to the local railway for easy out-and-back family rides.

The Ouse Valley Cycle Network project sees the new path as the centre of “a network of interlinking cycle and walking routes within the Ouse Valley between Lewes and Newhaven”. Most of the path would follow the western riverbank, though around the village of Piddinghoe – where there is no footpath to upgrade – the route would divert onto the existing road.

Simon Giddey, chair of Cycle Lewes, said the plans were “bold, imaginative and realistic”. He explained:

“The current roads between Lewes and Newhaven are heavily dominated by road traffic and deter all but the most confident and experienced cyclists. The routes are almost impossible for pedestrians as, for large sections, there are no pavements. A safe, traffic-free, route for cyclists and pedestrians will be a huge bonus.

“It will also have significant potential benefits for local tourism. With the proximity to the Newhaven ferry terminal, it should prove very attractive to visitors from the continent.”

The Rodmell–Southease link is scheduled to officially open on 7th June: meet at Southease Bridge at 10am to walk, cycle or ride the new bridleway.

The Ouse Valley Cycle Network site has more details on the proposed route.

Lets hope the road section through Piddinghoe pus some decent cycle protection: the road at present is a bit of a race track- it feels safer to use the wider and faster A26 than this supposed "quiet lane"