Bike-carrying buses are just the ticket 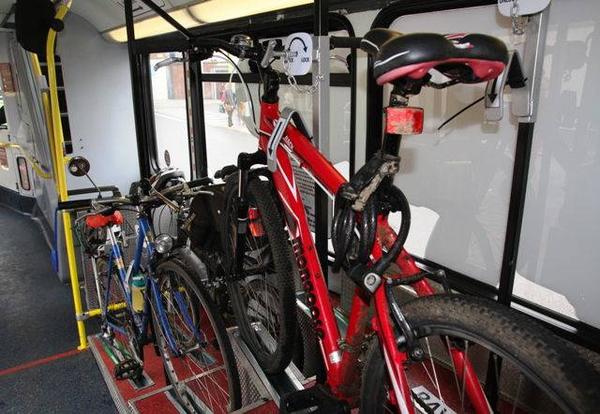 The Isle of Wight’s coast is an all-time favourite ride – but if you don’t want to tackle the whole circuit in one go, new bike-carrying buses could be just the ticket.

Local bus company Southern Vectis is fitting bike storage to its four ‘Coaster’ buses. The Isle of Wight Council is paying for each bus to get six bike spaces – the same amount as on an InterCity train. (The Isle of Wight, of course, has London Underground’s cast-off trains.)

Four journeys will leave per day from either Ryde or Yarmouth, with some extended to include East Cowes and Newport, providing a round-the-Island connection for cyclists. It will mean cyclists can now visit local attractions or areas they would normally drive to using public transport instead with their bicycles.

“The project will support cyclists getting from the ferries, to and from their accommodation and to the tourist attractions in more remote locations and will be particularly useful for those who may not feel able to cycle long distances but enjoy cycling locally. It will strengthen the reputation of the Isle of Wight as one of the best places for a cycling holidays in the world.”

"The Coaster route has proven to be tremendously popular as it is a great way to see the Island and visit attractions without the hassle of driving. The addition of space for bikes on board gives more opportunities for cyclists to get out and about, enjoying the scenery without relying on a car."

The cycle-carrying buses are part of a new scheme, ‘Bicycle Island’, which aims to bring more cycle tourists to the island. The newly converted Coaster buses will begin service from 5 April and will run daily until 28 September. There is no charge to carry bicycles on the buses other than the normal passenger fare. The mechanism used for storing the bicycles has been designed by two local engineering students.