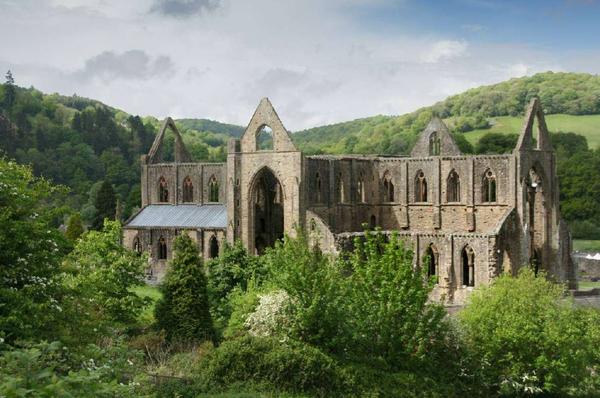 The Holy Grail of a cycleway up the beautiful Wye Valley could be in sight once again – now that local cyclists have revived the campaign to use an old railway trackbed.

For many years, Sustrans – backed by strong local support – had ambitions to create a cycleway up the valley from Chepstow to Tintern along the course of the former railway. It took a lease on the derelict trackbed, and lined up the project as one of its Lottery-funded Connect2 schemes.

Unfortunately, Monmouthshire County Council failed to approve the planning application in 2010, following pressure from a small number of local residents concerned about parking. The Connect2 funding was subsequently spent elsewhere. Since then, a landslide by Tidenham Tunnel has made construction of the cycleway more difficult still.

Undaunted, a group of local cyclists, walkers and environmentalists are reviving the campaign. Their petition has garnered nearly 2,200 signatures. Jennifer Goslin of Transition Chepstow explains:

“We now have the support of the National Diving and Activity Centre, who are in the process of taking over the lease from Sustrans for the section from Sedbury to Netherhope Lane owned by Network Rail. The Tidenham and Sedbury cubs and scout groups have agreed to clear the section of line from Sedbury to the NDAC.

“Sustrans themselves have no resources to pursue this project, and have instead directed funding over to paths on the Gwent Levels, the Welsh Valleys and Newport. They are however willing to help wth providing information to assist us.”

The next step will be to resubmit the planning  application to Forest of Dean and Monmouthshire councils. The campaigners expect to meet with the Forest planning officers this month to discuss the scheme.

As well as being popular with local cyclists, the route could attract cycle tourers seeking to avoid the busy A466 up the Wye Valley – scene of several accidents over the years. The Wye Valley’s picturesque nature made it a favourite of 19th century day-trippers, not least to see the ruins of Tintern Abbey.

You can add your support by signing the petition at 38degrees.

Previous story: Cycle touring festival lined up for May 2015
Next story: Six more streets to get contraflows

It has been rumoured for years but come to nothing.

It needs cyclists to ask why it has not gone ahead.